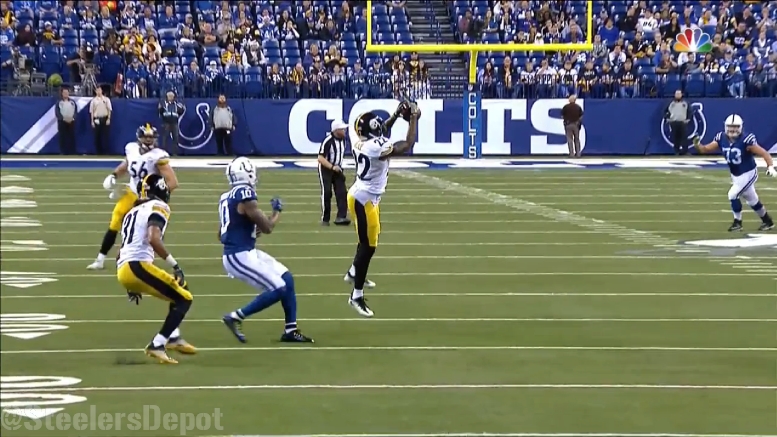 Question: Could William Gay’s roster spot be in jeopardy by the time the regular season rolls around?

The Steelers didn’t make their big free agent splash at cornerback that so many people were expecting and hoping they would, but they did at least add a player in Coty Sensabaugh who offers depth and versatility as an option at the position who can play either on the outside or in the slot.

Kind of sounds like William Gay in terms of the tools he brings to the position group, doesn’t it? In Alex’ breakdown of the signing, he even made the same comparison. That’s not to say that Sensabaugh is intended to be a one-for-one exchange for Gay, but one can easily wonder if the group’s crowding post-draft could be an issue for the veteran, whom many feel the coaching staff is looking to replace.

After spending the past couple of years working on the outside, the Steelers got Gay back in the slot full-time toward the middle of the season in 2016. Reports of his demise may have been exaggerated, though I also don’t agree with PFF’s take on how wonderful his year was either.

It’s not so much about how he plays, however, but what the coaching staff is looking to transition to, and that is, in a person, Senquez Golson, ideally. That is what he was drafted to do. He can stick to a shifty slot receiver and has the ball skills to make plays.

Most feel the team is probably going to take another cornerback in the first two rounds, or at least the first three. It’s well within reason that they might even draft two cornerbacks in total. After a while, the numbers start to add up.

The hypothetical position group then starts to look a little something like this: Artie Burns, Ross Cockrell, Sensabaugh, Golson, draft pick…draft pick? Gay? Do they even carry six? They’ve failed to do so fairly frequently in recent years, especially as they shifted toward carrying five safeties.