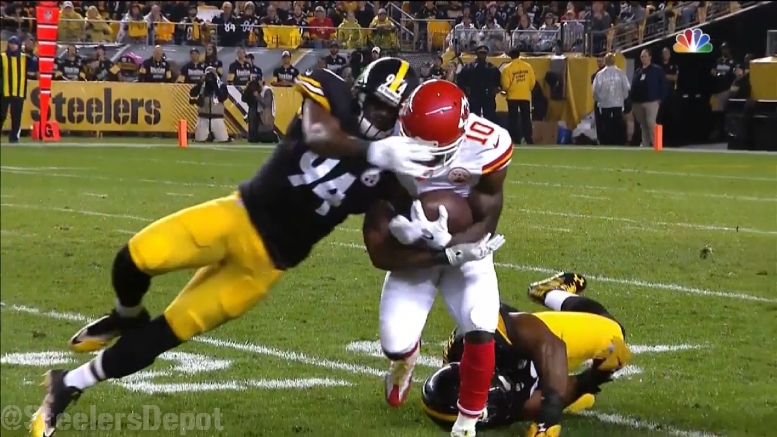 Question: What would a Lawrence Timmons contract at the age of 31 look like if he re-signs with the Steelers?

It was reported last month that the Steelers were in talks with veteran free agent inside linebacker Lawrence Timmons about a contract extension, although the team’s general manager ended up indirectly denying that when he said that AB’s was the only contract they were negotiating at the time.

With that contract out of the way, however, the team has begun to address the rest of their business regarding their pending free agents, having already gotten James Harrison under contract on a new two-year deal.

There are now new reports that the Steelers are talking with Timmons’ representatives while they are out in Indianapolis for the Combine, so it is certainly within the realm of possibility that a deal manages to get done.

Timmons has said several times over the course of the past two years that he wants to finish his career in Pittsburgh, and I strongly suspect that Mike Tomlin feels the same way. Timmons was the first draft pick that Tomlin ever made as a rookie head coach back in 2007.

The former first-round draft pick signed a five-year, $48 million contract extension in August of 2011 that just wrapped up with the 2016 season. The man has pocketed over $50 million already in his career, but many believe, like David Harris and Derrick Johnson, that he still has a market.

Those players re-signed with their teams for good money. If Timmons re-signs with the Steelers—and both sides on the surface sound as if they are motivated to make that happen—what will that contract look like?

Dave Bryan already took a look at a few possible scenarios about a week and a half ago that ranged from an annual salary of $5 million to $7 million, featuring backloaded deals that can be re-negotiated at that time based on need and performance level. Others believe that, like many veterans who have re-signed prior to the start of free agency, his deal will come in at a lower value.