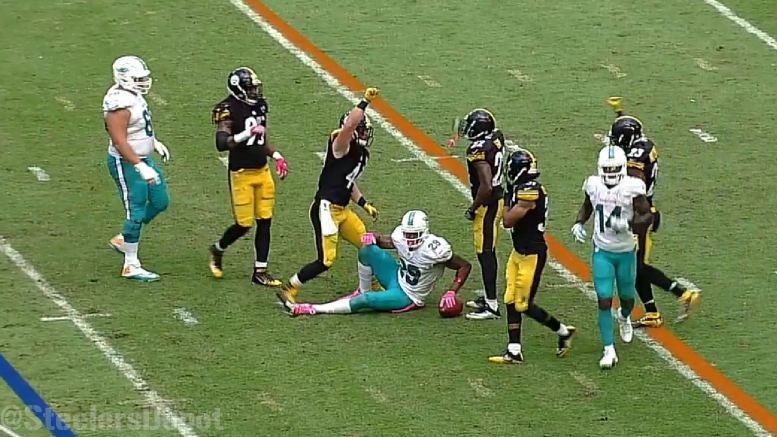 Question: Are the Steelers heading toward an open competition in training camp to fill Lawrence Timmons’ vacated starting spot?

It’s not very often that the Steelers actually lose a starter that they like, and it’s even less frequent that they do so without a substitute, or at least a stopgap, in place. They recently lost Lawrence Timmons, and while Vince Williams could be that stopgap, the team has already aggressively sought alternatives.

Without recapping all of what has gone down in the past few days, it does not seem at all obvious that the Steelers intend to hand Williams the starting job, and that fact may remain intact even if they fail to address the inside linebacker position in free agency and the draft.

That is an idea that Bob Labriola seemed to be open to during a recent Asked and Answered segment. For those of you who do not follow Labriola, he has a way of making it clear when he is not taking a suggestion seriously.

But he did take it seriously when he was asked about Tyler Matakevich and the Steelers’ potential plans for him in the future as a possible starter. Labriola said that he believes the team in his experience doesn’t like the pigeon-hole somebody into a role and instead lets the player dictate what he can be.

While he said that Williams would get the first crack at the job and he expects him to win it, Labriola added that “if Williams falters…that could open the door for Matakevich”. And we have seen a number of marginal would-be starters falter in recent years.

There was Shamarko Thomas at safety. Then there was Robert Golden at safety. There was Jarvis Jones—multiple times. Cortez Allen and Antwon Blake were replaced or substituted.

Matakevich wasn’t so different from Williams when each entered the league, and the former may have an even greater knack for being around the football. At the very least, it is possible that they could juggle the position, which is actually something that Williams has experienced several times in past seasons, including his rookie year.