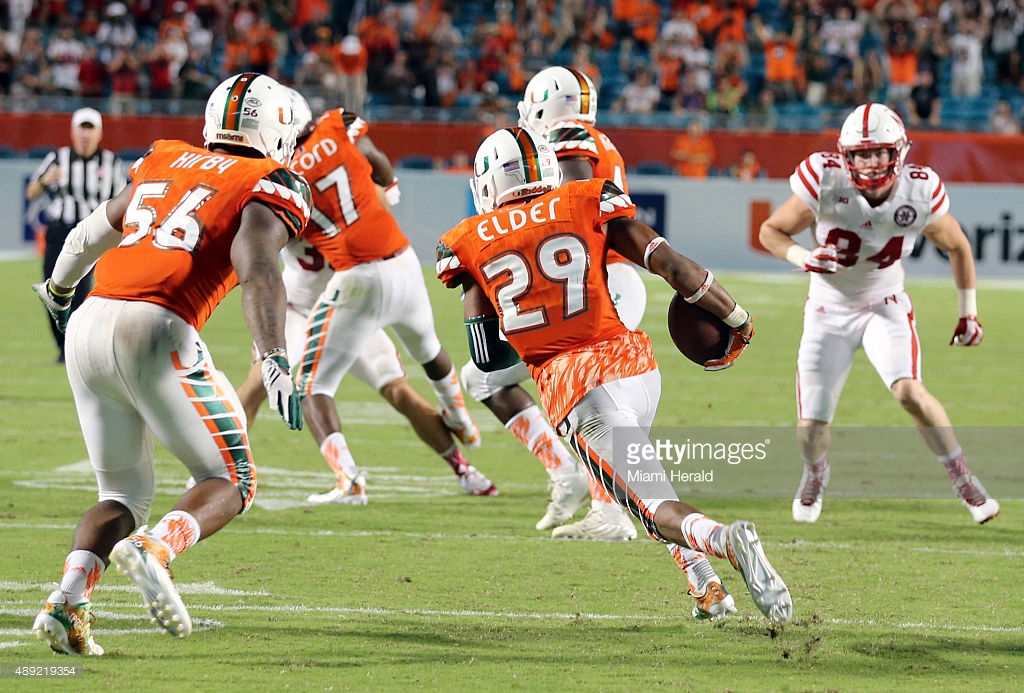 Here we are, already at the final day of the Combine. Should be a shorter one with just the defensive backs working out but there isn’t any shortage of things to look forward to.

– If you’ve been following along, you know Colorado’s Chidobe Awuzie is one of my guys and the Buffaloes are well represented with three DBs invited to Indy. I know Awuzie won’t have the best timed speed but I’m hoping he tests well enough that people don’t start chattering about a move to strong safety. Some of his best attributes, physicality and football IQ, won’t show up in any of these drills.

– WVU’s Rasul Douglas has the length and size teams covet, 6’2 with 32 3/8 inch arms but does he have the athleticism to match? Not everyone is Richard Sherman and Sherman tested well in his vert and broad.

– Corn Elder should run well. Expect him to get in the low 4.4’s, somewhere in the 4.4-4.3 range would be ideal. Should have a fluid turn in drills. If he doesn’t look right athletically, we have an issue to go back and look at.

– USC”s Adoree Jackson might turn in the fastest 40 of the group. As someone who spent a lot of time on offense, catching 39 career passes, who should look natural plucking the football in drills, high pointing the football and catching everything clean.

– I’ll be paying close attention to San Diego State’s Damontae Kazee’s agility times. He’s someone I think could play well in the slot at the next level but the shuttle and three cone times will help confirm that. He may be small but he played on the outside in school.

– Feels like Iowa’s Desmond King’s stock has been falling since the start of the season. He needs to run a fast 40 or the thought of him moving to safety will feel all but certain. He’s not a bad player and supports the run well but a bad 40 time will make it impossible for him to get drafted in the first round. And maybe fall out of the second.

– Couple of Washington corners I’d like to learn more about. Kevin King and Sidney Jones. King is 6’3, Jones around six foot.

– Florida’s Quincy Wilson is a guy I am interested in hearing more about. 6’1/4 211 with pretty good length. Could be in play for the Steelers’ 62nd overall pick.

– Florida State’s Marquez White has size and length but he’s a high cut guy. Has to show he isn’t stiff and can transition out of his pedal.

– The other Colorado corner is James Witherspoon, a sleeper in some circles. One of the top height/length combos in this class. A shade under 6’3 with 33 inch arms. Could be what the Steelers are looking for. Really don’t know where he’ll go. Like Derek Rivers yesterday, Indy could do a lot for his name recognition.

– Budda Baker is one guy some Steelers’ fans would like to see taken with the 30th pick. He’s undersized but can quiet concerns with a strong day.

– Texas A&M’s Justin Evans was impressive at the Senior Bowl. Good feet and a fluid zone turn. Could push himself into a solid Day Two selection with another impressive performance.

– There isn’t anyone I am more excited to watch than Louisville’s Josh Harvey-Clemons. A hybrid player at 6’4 217 with 35 3/8 inch arms and more than 10 inch hands. If he can test well, and once I take a deep dive into his tape, that checks out, he’ll be one guy I’d be interesting in taking Day Two.

– Ditto with UConn’s Obi Melifonwu, whose report will go up in an hour. Really high on him as a guy who fills the alley as a reliable tackler but shows coverage ability in his Cover 2 deep half. Anything in the 4.5’s with change of direction evident in his testing would make me extremely happy.

– A slow-ish 40 time for Cam Sutton (4.5+) could increase chatter of moving him to safety, something that started with the Senior Bowl. I do think he’ll run pretty well, a tick below that, but we’ll have to find out.

– Tedric Thompson is the last Colorado kid attending. Dave Bryan had him in his last Steelers’ mock draft so let’s see if it’s justified. He’s got great hands and ball skills that the Steelers have begun to put a high priority on (Golson, Burns, Holliman). 13 career picks, including seven last year.

– Finally, Miami’s Rayshawn Jenkins has the reputation as a big hitter and a guy I know just enough about to be intrigued by. A big hitter in the mold of Mike Mitchell, let’s see if the athleticism holds up.