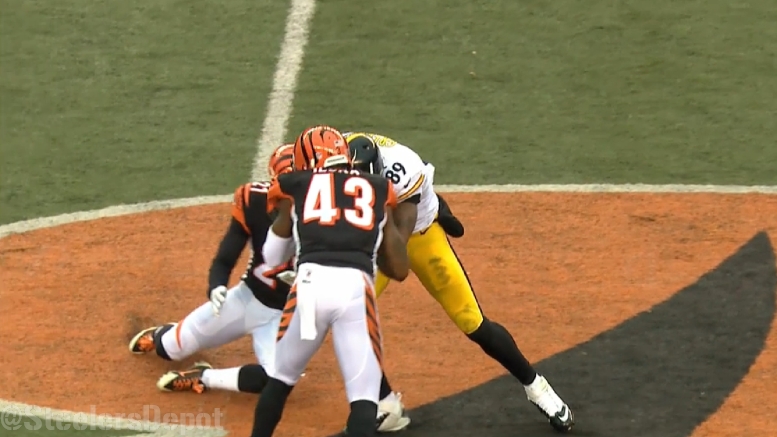 The fact that we are covering Ladarius Green’s exit meeting after having already completed those of all the players who we deemed as the Steelers’ primary starters for the 2016 season probably says all that needs to be said about how the year played out for Pittsburgh’s primary free agent acquisition.

Green was supposed to make an immediate impact as a dynamic seam-stretching threat from the tight end position in a way that they had never experienced before in their offense, quite simply because they had never had a tight end like Green before.

He is, in fact, quite a contrast from Heath Miller, the greatest tight end in Steelers history, who never even ran a 40-yard dash and certainly wasn’t running away from many safeties, and yet who always seemed to have little difficulty finding the holes in the zones until late in his career, and even then he still remained largely productive.

The Steelers wanted to take a different approach at the position after he chose to retire, however, and Green was a player that they had already liked coming out of the draft. They liked him enough that they were willing to take him on in spite on his injury baggage—a history of concussions and coming off of offseason ankle surgery.

The first time that Green actually practiced with the offense was about midway through the season, because he spent the first half of it on the Physically Unable to Perform List. Understandably, having been unable to even practice all year, he drew a lot of criticism from casual observers for appearing to play timidly and things of that nature.

But he made significant contributions in several contests, including a career game in which he caught six passes for over 100 yards and a touchdown. In just five games of significant action—six in total—he recorded no less than five receptions of at least 30 yards, making good on his promise to add a dynamic presence down the field.

The butt end of the last of those five, however, resulted in a concussion that sidelined him for the final five games of the season, including the playoffs, and it’s really not even clear to this day what his status is at this point. Art Rooney II acknowledge that there is some uncertainty about his future right now, and the team has looked heavily at tight end prospects in the draft. Time will tell what the 2017 season holds for Green.