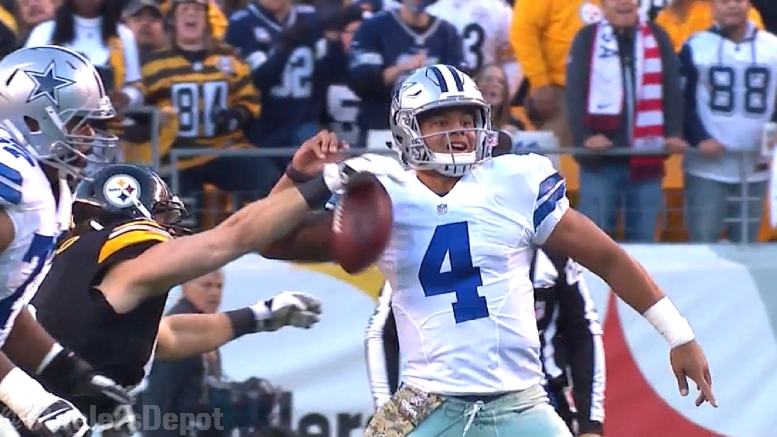 If nothing else, the 2017 season served as proof positive that Anthony Chickillo can indeed play the outside linebacker position at an NFL level. Not an NFL starter level, mind you, but at the very least he has proven that he can be used as a rotational player, and that was his role through much of the season.

Things would have been different were it not for Bud Dupree’s injury to start the season, of course, but at least for Chickillo, that whole situation opened a window of opportunity for him to earn some playing time and get some film down of him playing the position.

He did manage to record two and a half sacks, producing fumbles on two of them, although unless I’m mistaken I don’t recall them being of the preferred variety of straight up beating a tackle and getting to the quarterback in under three seconds. But hey, hustle plays are better than no plays.

What I found interesting is the fact that he actually climbed the depth chart over Arthur Moats, whom I have always viewed to be a reliable yet not flashy player for the position. He is a player who can start if you need him to start, but you will always be looking for a better option. Chickillo wouldn’t be my first option.

The Steelers did give the second-year player the opportunity to garner significant playing time, however, and while his effectiveness as a pass rusher was relatively limited to random spurts, he proved to be an assignment-sound and scheme-aware player who stays with plays until the whistle is blown, and that is all you can ask for.

Well, you can also ask him to be a standout special-teams player, and that is what he has been developing into in his first two seasons in the NFL after having been spared such trivialities as a starter at the college level.

I don’t know what Chickillo’s ceiling is—this is probably how I’m going to end every article about him simply because it’s true—but he is a nice player to have. I don’t think he’s going to develop into a player you want starting, but he is a good team player.