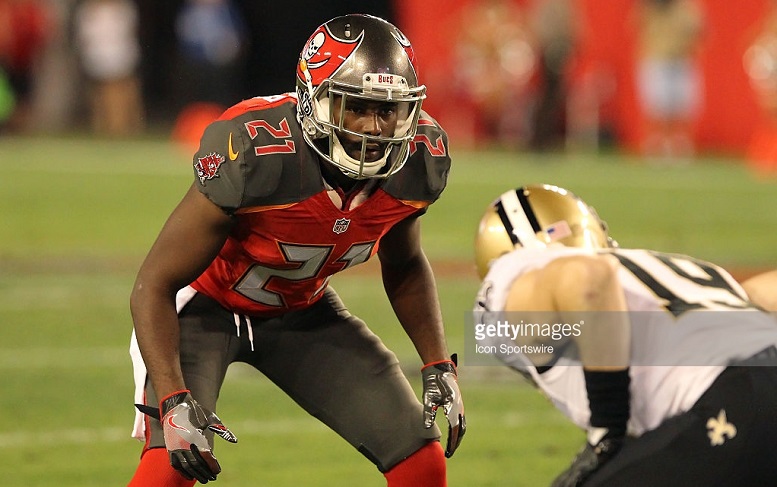 Even though the start of the 2017 free agent signing period is still two weeks away, a few players around the league are getting a jump on the market as a result of them being released by their current team. On Thursday, Ian Rapoport of the NFL Network reported that the Tampa Bay Buccaneers are releasing cornerback Alterraun Verner today and while he’s certain to have several suitors once that happens, it’s not hard to speculate that the Pittsburgh Steelers could be one of them.

Source: The #Bucs are releasing CB Alterraun Verner today. The future of Vernon Hargreaves helps explain this one for the former FA pickup

In case you forgot, former Steelers beat writer Scott Brown reported in 2014 that Pittsburgh had some level of interest in Verner prior to him signing a four year, $25.5 million free agent contract with the Buccaneers. That wasn’t overly surprising being as Steelers defensive backs coach Carnell Lake coached Verner when the two were together at UCLA. In fact, nearly six years ago I wrote about that one college season they were together and that post, of course, was written a year after Verner had been drafted by the Tennessee Titans in the fourth-round of the 2010 NFL Draft.

During his four seasons with the Titans, Verner registered 11 total interceptions to go along with 288 total tackles and 50 pass breakups. He even made the Pro Bowl in 2013, his final season in Tennessee. However, since signing with Buccaneers, Verner’s production has declined dramatically as he registered just 148 total tackles, 4 interceptions and 20 pass breakups in his last three seasons in Tampa Bay.

After Verner started 14 games during his first season with the Buccaneers, he’s started just 9 since even though he dressed for all 32 regular season games over the course of the last years. Last season, Verner played all of 241 total defensive snaps in addition to 183 special teams snaps.

Verner won’t turn 29 until December so he figures to have another decent season or two left in him and his current market value is now expected to be much less than the $6.5 million he was scheduled to earn in 2017 with the Buccaneers. The Steelers could obviously use an experienced and physical cornerback to play in the slot and because of that, you have to think that they’ll once again have some sort of interest in Verner once his release becomes official. Regardless, one would think that Verner won’t be unemployed very long.

Recently released CB, @Alvern_1 live with us now. No ill will towards the Bucs, my agent has been getting multiple calls from team already

FA CB @Alvern_1: I appreciate the Bucs doing this so early so I can get a head start on free agency. 4 to 5 teams have expressed interest

Now, I must admit that I haven’t watched Verner closely since he signed with the Buccaneers but I do plan on carving out some time to do just that in the coming days.