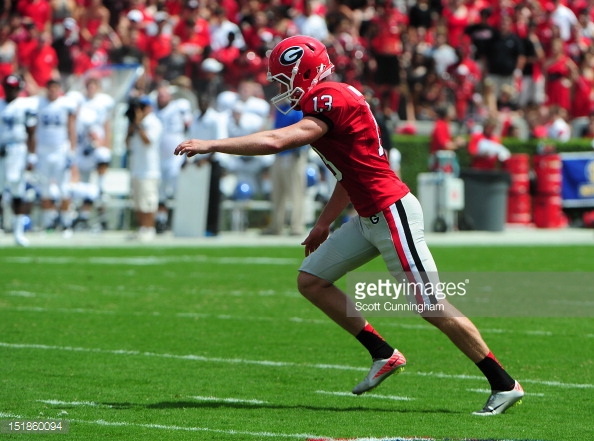 The Pittsburgh Steelers are bringing in kicker Marshall Morgan for a tryout. It was announced on Morgan’s Twitter account a short time ago.

Headed to Pittsburgh for a tryout #Steelers #SteelersNation #NFL @steelers

Morgan served as Georgia’s kicker for all four years, finishing with a 76.2% career percentage. He went 18/25 his senior season in 2015. The longest kick of his career came in 2013 when he booted a 56 yarder against Tennessee. He showed an impressive leg going 5-8 from 50+ during his time at Georgia.

He also served as the team’s kickoff specialist with a career touchback percentage of 29.6%. He signed with the Buffalo Bills after the 2016 draft and bounced on and off their practice squad.

If signed, he’ll be inked to a futures contract. Currently, the only kicker on the roster is Chris Boswell, who is in no danger of losing his job. But carrying two kickers is commonplace for the Steelers for at least part of the offseason.