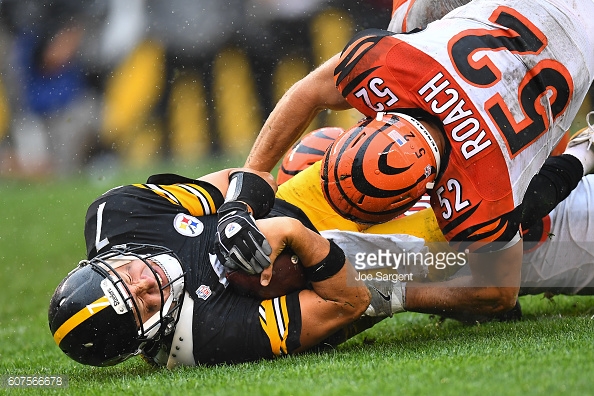 The game of football for the right audience and the right participants can be a beautiful and rewarding thing. An impromptu game of street ball with friends is probably something that most of us have experienced, and is one of the purest conveyers of what is really at the heart of the game.

But to excel at the game at the highest level of performance takes an exceedingly great amount of work, and it is, literally, work. The key for most is to make sure that it doesn’t feel like work. But that isn’t always possible for everybody who enters the National Football League.

That proved to be the case for former Cincinnati Bengals linebacker Trevor Roach, an undrafted free agent in 2015 who spent time bouncing between the practice squad and the 53-man roster over that span of time. He reportedly told his teammates in the linebackers room at some point late last season that he intended to retire, and his retirement recently became official.

“Once I realized I didn’t love football like I used to, it wasn’t worth going forward”, he told the team’s website. “The money’s good, but that’s not why I got into it. When I started showing up and it felt like work, that’s when I knew it was time”.

It is an interesting perspective from a fringe player of what it can actually be like to play in the NFL. Many of us have likely daydreamed about the possibility of participating in the sport at the highest level ourselves, all assured of the fact that we would not doubt relish every moment of the experience.

The notion probably doesn’t often take fully into account just how much work is involved with even being able to go through a practice session, let alone a game, and the fact that it is truly a year-round job simply to keep yourself in a shape that is suitable for performing against others who have spent the rest of their year doing the same.

Whether or not it may not always feel like it, being a player in the NFL is always a job, and it’s relatively uncommon to find people who consistently love their job and bask in the work that is required to flourish in whatever field that might be.

Roach also touched on the health concerns that come with playing the game, a factor that has influenced the retirement decision of an increasing number of players in recent years, most famously Chris Borland, who called it quits after a successful and promising rookie season.

I found this topic quite an interesting and a relatable one, both as a follower of the game and as a regular person. It might be a natural reaction to feel taken aback that a player might quit the NFL because he lost a love for the game that we couldn’t imagine losing, but we also don’t walk in his shoes—nor put in the immense amount of work required to play in the NFL while wearing those shoes.