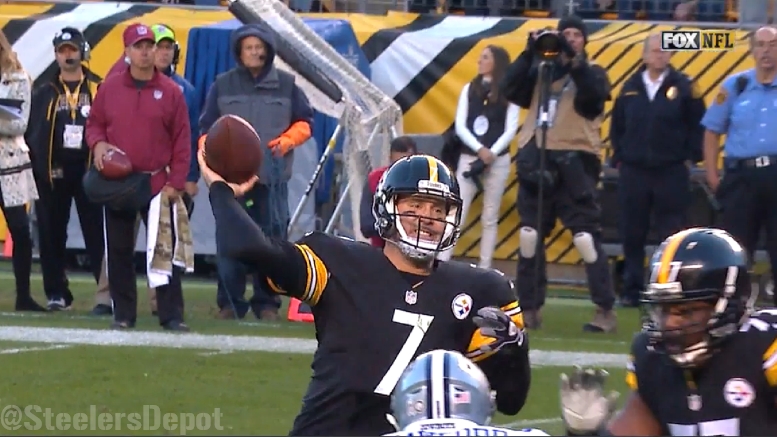 The Ben Roethlisberger Foundation is giving out $76,000 worth of grants to eight local police departments, the foundation announced yesterday. Here is part of the press release issued to the foundation’s website.

Those police departments are local to Pittsburgh and Ohio, including his hometown of Findlay.

This year, he pledged to donate $1000 to K9 departments after every single Pittsburgh Steelers’ touchdown. He threw 29 touchdowns this season, the third most in his career.

Roethlisberger’s website has a great list of quotes from police departments receiving grants this season. You can read them all at the link. Here’s one example.

“Sgt. James Friscarella said, “On behalf of the Ligonier Township Police and K-9 Kilo, I would like to send a heartfelt thank you for providing us with the grant to help fund our K-9 program. Without the help of the Ben Roethlisberger Foundation, we would not be able to outfit our program with the latest in technology to keep Kilo and I safe. This grant is accepted in the memory of Lt. Eric Eslary who was killed in the line of duty in 2015. The Ben Roethlisberger Foundation had previously funded Lt. Eslary’s K-9 program with K-9 Blek. Thank you again.”

The Ben Roethlisberger Foundation was created in 2009.