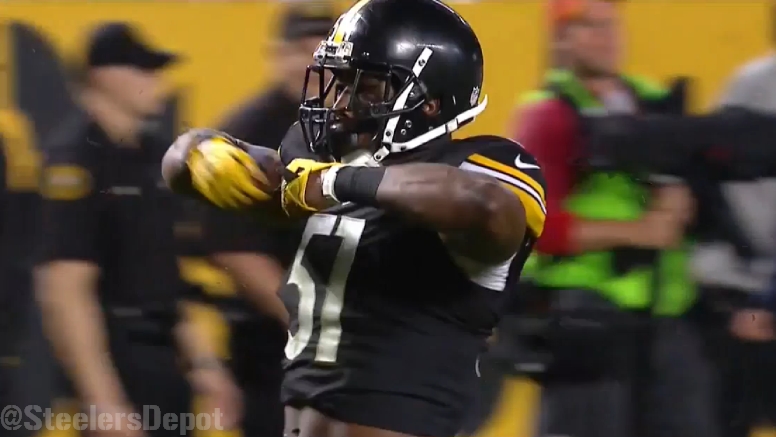 It wasn’t exactly a major splash, and the news didn’t necessarily send shock waves through the nation, but the Pittsburgh Steelers’ decision to re-sign inside linebacker Steven Johnson is not only a fairly significant move, it’s also a validation of the fact that he played well last season and that he has a role with this team.

Now, the timing itself probably shouldn’t garner all that much interest, as one-year, veteran-minimum deals are the easiest to do and commonly take place before the start of the new league year—that is, before the beginning of free agency—but none the less, the fact is that they already knew that they wanted him back.

And he only played in six games. So what exactly did he do all year?

He played on special teams at a high level. In fact, for the time that he played, he was their best special teams player. He was not even active for the first three games, but over the course of the next four, he recorded six tackles on special teams and forced a fumble. He held the lead for special teams tackles in spite of the fact that he missed almost half the season up the that point.

Now, I am on record as being a fan of Johnson since he has been here. I am not saying that in a clairvoyant sense, but rather to point out potential bias. But if you go back through the articles, I have pointed out his contributions going back to the preseason and how it was important to actually review his special-teams snaps rather than looking at stats.

In the first game against the Ravens, for example, Johnson didn’t record any tackles or force any fumbles, but he was responsible for downing two punts. There are no stats for downing punts or for forcing fair catches, things of that nature that are important to special-teams players but for which there is no direct way of giving them credit without watching the tape.

Regular followers of our coverage of the team know that we tracked a decline in the quality of special teams play over the course of the season that coincided with the loss of key players on special teams. Johnson was brought in essentially as a replacement for Terence Garvin, who was a crucial member of their special teams units before he signed elsewhere in free agency.

Johnson’s re-signing is good news for special teams, though bad news for L.J. Fort, who is clearly the low man on the totem pole now. He was released last year right before Johnson got injured, and then was re-signed after.

Johnson likes it in Pittsburgh as well. He told Teresa Varley that he was grateful for his time in Pittsburgh last year and that “it built my zeal for the game”, saying that “it grew this year”. He ran down the list of things that he loved about playing for the team, saying, “being a part of the Steelers Nation, it’s one of a kind”.

He would not be the first free-agent signing, major or minor, to favorably contrast his time in Pittsburgh with the time that he has spent in other organizations and cities. In fact, it’s a common pattern.