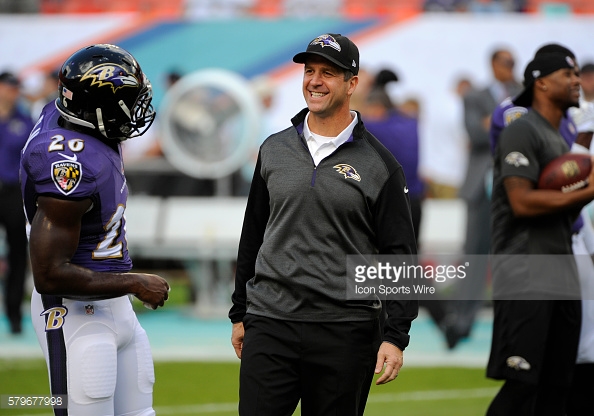 Pittsburgh Steelers have spent a good amount of time over the course of the past four seasons lamenting the drafting of outside linebacker Jarvis Jones in the first round of the 2013 NFL Draft. Their fan base is certainly not the only one around the league that has experienced buyer’s remorse from 2013, which has proven to be a below average year at the top end of the draft.

While the Bengals may have found a Pro Bowl tight end—when healthy, which has been somewhat rare—the Browns got stuck with a more than underwhelming pass-rusher in the top 10 whom they were at least able to trade, the Baltimore Ravens hold the distinction as having the only first-round pick from that year in the division to get arrested in addition to being a failure.

That is pretty much the tale of Ravens safety Matt Elam, who was the 32nd pick in the 2013 NFL Draft the year after Baltimore won the Super Bowl, knowing that they would need to replace future Hall of Fame safety Ed Reed.

The Ravens hoped that he would prove to be a plug-and-play starter. He started 15 of 16 games during his rookie season, registering 77 tackles with an interception and three passes defensed, but the general opinion was that he did not play particularly well if you look beyond the statistics.

Though he played in every game in his second season in 2014, he was demoted by the end of the year and only ended up starting 11 games. He recorded 50 tackles, forced a fumble, and defended four passes, but, again, the Ravens were less than satisfied with his level of play.

Elam missed the entirety of the 2015 season due to injury, but he was already expected not to be a starter. When he returned in 2016, he was limited to special teams pretty much all year, recording four tackles in nine games as a game-day active. The Ravens had already decided not to pick up his fifth-year option in the previous offseason.

Yesterday, the former first-round draft pick was arrested in Florida on drug charges, possessing marijuana and oxycodone in quantities that indicated an intent to sell or deliver the product. Elam played at Florida in college.

The team issued a statement shortly after his arrest simply saying that they were aware of the fact that he was arrested, and added, “Matt is not in our plans for the 2017 Ravens”. Elam is scheduled to be a free agent in March when the new league year begins, but his drug arrest is obviously going to greatly diminish his market.