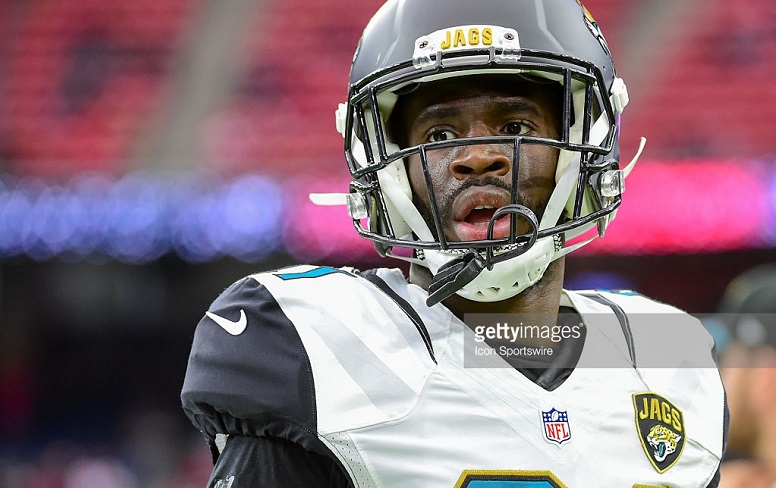 With the start of the 2017 free agent signing period now less than a month away, several major media sites have been filling space by attempting to predict one player who will ultimately be signed by each of the 32 NFL teams. On Monday, Gregg Rosenthal of NFL.com filed his one player predictions for the 16 AFC teams and he has the Pittsburgh Steelers signing Jacksonville Jaguars free agent cornerback Prince Amukamara.

General manager Kevin Colbert dipped his toe in free agency last season with tight end Ladarius Green and offensive tackle Ryan Harris. Those moves didn’t pan out, but that shouldn’t stop Pittsburgh from looking for value in the secondary. Since the Steelers are unlikely to make a big splash, Amukamara makes sense as a cornerback who could eat up quality snaps at a reasonable price.

After signing a one year, $5.5 million contract with the Jaguars last offseason, Amukamara proceeded to play in 14 games and registered 49 total tackles. The two games that he missed last year came very early in season and that was due to a hamstring injury.

The knock on Amukamara since he was drafted in the first round of the 2011 NFL Draft by the New York Giants has been his ability to stay healthy as he had missed 25 regular season games in his first five seasons in the league. Despite missing two more games this past season, Amukamara feels he has now answered those durability concerns.

“I’m going to play 14 out of the 16 games, and I think (that) was huge for me, and I think I’ve learned a lot from these coaches on the field,” Amukamara said this past December, according to Mike DiRocco of ESPN.com. “My stats, for sure, aren’t where I want them to be or I’m sure where any cornerback would want them to be. However, I still think selfishly I put some good stuff on film and done some good stuff.

“I think it was huge to just be able to show that I am durable and I can play this game if I’m healthy.”

Even though Amukamara failed to register an interception last season and only had 6 passes defensed, Jaguars defensive coordinator Todd Walsh appears to have been happy with his play.

“We always knew he was a good football player,” Wash said, according to DiRocco. “The last couple weeks he’s been attacked and he’s done very well of staying on top, eliminating explosive plays and only had two explosive plays last week against a very explosive offense. And they were going after Prince.

“He stayed healthy. He can show the organization he can stay healthy and play at a high level. It’ll be interesting to see what his career has in the future, but hopefully it’s as a Jaguar.”

While it’s currently unclear if Amukamara will ultimately re-sign with Jaguars, it does appear as though the cornerback will at least be able to test free agency in the meantime. The Steelers could use another experienced cornerback on their roster and especially now that last year’s trade acquisition, Justin Gilbert, has been waived. While the Steelers hope they can finally get former second round draft pick Senquez Golson on the field in 2017, general manager Kevin Colbert indicated last week that he’s got a lot to prove after missing his first two seasons because of injuries.

While Amukamara might indeed be cheap to sign during free agency, you must wonder if he’ll be cheap enough for the Steelers and especially being as they would likely only view him as a depth player and spot starter. If the Steelers do ultimately have interest in signing Amukamara, one would think they would have to get a deal done with him prior to the 2017 NFL Draft.