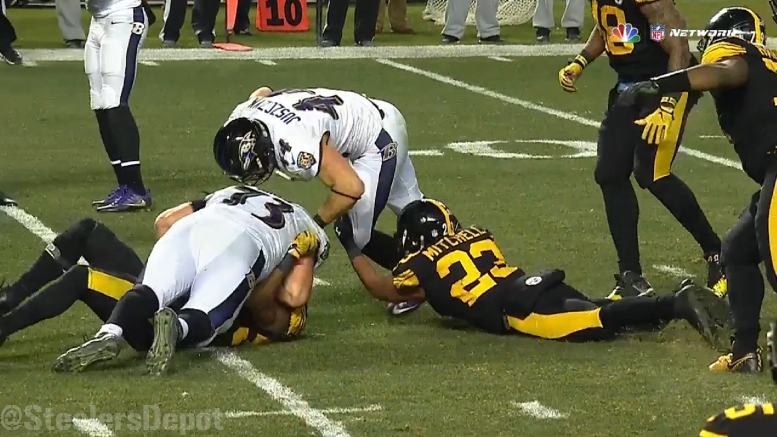 Perhaps the most important development that we saw on that side of the ball in 2016 was simply the assembling of the appropriate personnel that should be in place for years to come. The injection of three rookie starters last season will supply the foundation for the defense of the foreseeable future.

But that’s not the say that there weren’t growing pains. One of the biggest problems that the Steelers collectively had on defense was their inconsistency in finishing off tackles. The rookie class, Artie Burns and Sean Davis in particularly, were especially guilty of adding to this list in the early portions of the season.

Via our own charting, we had the Steelers missing 182 tackles over the course of the regular season. Ryan Shazier led the way comfortably with 27, but that statistic deserves qualifying when you consider some of the positions that he puts himself in by shooting gaps and nearly blowing up plays in the backfield, often allowing teammates to clean it up afterward. Still, he is plenty guilty of not finishing off his share of plays.

Both Davis and Burns finished high up the list for missed tackles, as did Lawrence Timmons, though you might expect that your players who make the majority of your tackles will also account for the highest number of missed tackles based on sheer percentages.

But we see the cumulative effects of these missed tackles on the field. One statistic that Pro Football Focus pointed out yesterday was the number of yards that every team in the league allowed after contact on designed running plays.

There are still several steps the Steelers defense must take before it can ever claim to be dominant again. They have to improve the pass rush, including getting pressure with four players. They need to take the ball away more. They have to get off the field more often on third down. But all of it starts with fundamentals, and that includes tackling, getting the guy with football on the ground.