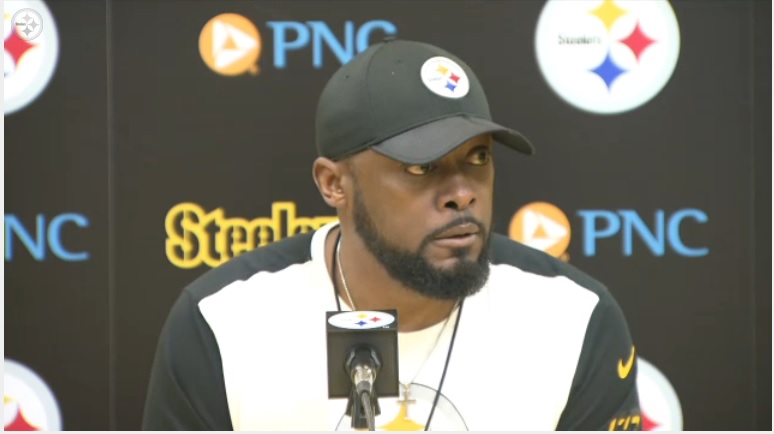 Bob Labriola sat down with Mike Tomlin on Steelers’ Nation Radio moments ago to discuss this upcoming week at Indianapolis, home of the 2017 NFL Combine. It was a good insight into Tomlin’s thought process and methods in during the non-stop chaos of workouts, interviews, and testing.

During the workouts, Tomlin said he likes to work with one scout who has closely studied that position group to help provide details and additional info Tomlin, who is the last to start the draft process, wouldn’t otherwise have.

“I like having a coworker or two with me. I try to get away from people. The Combine has become like a business trade show. There’s a lot of informal business and side discussions going on. people selling things, technology, equipment, gear. I try to remove myself from as much of that stuff as I can because it’s a distraction. I try to separate myself from others but a coworker or two, somebody who is with us, is good information. I like to partner up with a scout for some background on the position hat we’re looking at more than I do and he can help me along the way in terms of making sense of what I look at.”

One guy who won’t be available for Tomlin is Mark Gorscak, the now famous man who conducts the 40 yard dash.

The NFL has drifted towards being more fan friendly and placing a focus beyond football, bringing in more and more fans each year to watch while driving home the commercial aspect of things because the ratings and interest has ballooned. Kevin Colbert and many others have warned about getting away from the Combine’s true and original purpose; evaluating and learning about the prospects.

Tomlin did agree with the NFL’s decision to ban those convicted on a domestic violence, sexual assault, or weapons charge, from attending Indy.

“I think more than anything, it acts as a deterrent for college people. College people can have a real understanding that they’re on the clock. From the time they step on a college campus, they’ll be held responsible with how they conduct themselves.”

He pointed out that the NFL is a privilege, not a right, and that the rule will hopefully shape behaviors the NCAA, and the NFL, is looking for.

Chad Kelly, Joe Mixon, and Chad Williams are just three names of players who have been affected by the new rule. Not everyone agrees with Tomlin, however. Some like Mike Mayock think it’s counter-intuitive and doesn’t let the player get to explain his situation while allowing him to compete on his own terms at his Pro Day instead of a new, and frankly, difficult environment like the Combine.

Players begin getting measured tomorrow with on-field drills kicking off Friday morning and running through Monday. We’ll have news and notes on a daily basis while tracking and posting all the measurements of every prospect. So if you miss out or can’t watch, we’ll have you covered. Get your spreadsheets ready.