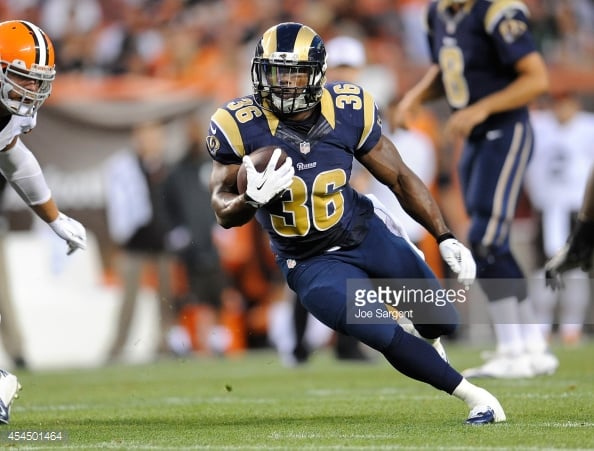 As we do every year, our initial free agent wishlist. We’ll update things with another list right before the official start of free agency when we have a much better idea of who is going to be available and who the Pittsburgh Steelers have decided to retain.

Chime in with your suggestions in the comments below.

Shaun Hill/Minnesota Vikings – If Landry Jones signs elsewhere, a real possibility, the Steelers will need a veteran backup, even if they want to draft a QB (and they will). Hill is one of the oldest dudes in the league but that only makes him wiser.

He’s made just one start the last two years, shuttled to the bench after the Vikings traded for Sam Bradford but in 2014, he started eight games for the then St. Louis Rams and wasn’t totally awful (63.3%, 8 TDs, 7 INTs).

I’m stretching things a bit here but he played for the Vikings from 2002-2005, leaving the same year Mike Tomlin became the defensive coordinator. So maybe there is some sort of connection there. Maybe?

Benny Cunningham/Los Angeles Rams – Cunningham would help three-fold. As a runner, naturally, serving as Todd Gurley’s backup in that mess of the Rams’ offense but still managed to average 4.8 yards per carry on 21 carries this season. He’s been an asset out of the backfield, catching 45 passes his sophomore year in the league.

Maybe just as importantly for the Steelers, and definitely for fans, he’s been one of the league’s better kick returners. Over the last three seasons, he’s averaged at least 27 yards per return, and a 60+ yard return each year. Think of him as the rich man’s version of Fitzgerald Toussaint. Cunningham also played 135 special teams snaps, giving him all-around value. Makes a lot of sense.

Knile Davis/Kansas City Chiefs – Similar thought process to Cunningham. He fell way behind in the pecking order up in Kansas City this year, becoming the third string back but had a big role in the offense in 2014. It wasn’t notably successful, he averaged 3.5 yards per carry, but he’s got size, speed, and a kick return background. He’s proud owner of two kick return touchdowns and an average over 28 yards in 2014.

For the record, if you’re wondering, Todd Haley was in Pittsburgh by the time Davis was drafted. No connection there.

Brandon Thompson/Cincinnati Bengals – The man who owns one of my favorite nicknames of all-time: Yams. That was given for his big lower half and I’m dying for him to team up with J-Wobble for the most bottom-heavy set of teammates this side of William Perry.

He missed all of last season with a torn ACL suffered at the very end of 2015 so he should be a full-go for even spring activities. Thompson won’t offer much as a pass rusher but he’ll insulate the nose tackle spot behind Javon Hargrave in case of injury while playing at a higher, more consistent level than Daniel McCullers, whose roster spot should be challenged this season.

A niche player coming off a knee injury should mean Thompson could be had for a veteran minimum contract or at worst, a tick higher.

Sean Lissemore/San Diego Chargers – Three years, three San Diego Chargers’ defensive linemen? I’m game. Lissemore is a more athletic nose tackle than Thompson. He has 6.5 career sacks six seasons. Like Thompson, he sat out 2016 but with a shoulder injury. It’s actually a bigger concern than Thompson’s because there’s a worry his shoulder injuries have become chronic. But for the cheap, and as an interior pass rusher (the Steelers need another of those), Lissemore fits.

He also went to William and Mary so those Hampton Road kids always have a special place in Tomlin’s heart.

Karl Klug/Tennessee Titans – A little younger, a little more expensive, I like Klug as that impactful three-tech. I’m all about picking up damaged goods and Klug also missed 2016, though he was able to play until late December when he tore his Achilles.

That obviously parks a red flag front and center of our conversation, casting doubt on when exactly he’ll be available, but it’ll drive his market value down to junkyard prices. In 2015, Klug had four sacks and last year, he set a career high in tackles, doing well in Dick LeBeau’s defense. So the fit is there, even if it’s sorta tough to initially find.

Leger Douzable/Buffalo Bills – He’s back. My white whale and the guy I was hoping Pittsburgh would bring in for the last 18 months. Douzable had a heck of a year with the Buffalo Bills finishing with 43 tackles, 1.5 sacks, and his tape speaking even more positively from him.

He’ll profile as an Elephant type of end/outside linebacker in Pittsburgh which the Steelers sorta tried to do with Anthony Chickillo but scrapped pretty quickly. And hey, he made it through 2016 healthy. What a find.

Erik Walden/Indianapolis Colts – Moving onto the team’s most pressing need. Maybe they shoot for the moon and target a Nick Perry or Melvin Ingram but I’m not going to hold my breath. So these are the mid-tier targets. Walden quietly tied 8th in the NFL with 11 sacks this year to go along with three forced fumbles.

He is 31 years old, though compared to James Harrison, he should be in daycare, but that will drive his price down. He has size, can set the edge, and has a Dwight Freeney-inspired spin move. Last year was an outlier and is going to force us to take a closer look, he previous never had more than six sacks and that happened only once, but 11 sacks at a relatively cheap price in this day and age doesn’t happen often.

John Simon/Houston Texans – I think I’ve floated Simon’s name before. There’s a clear connection to draw here; Simon is an Ohio State alum and brought in for a pre-draft visit back in 2013. His career with the Texans have been middling; 3.5 sacks last year, just five in 2015, but it’s a nice middle-of-the-road option for a more successful version of Jarvis Jones.

D.J. Hayden/Oakland Raiders – Our focus here is on the slot with Hayden. He’s a little Justin Gilbert-like, the 12th overall pick of the 2013 draft. He played well this season by all accounts in the slot for Oakland but the injury bug continued to bite him, falling on IR in December.

You have to hand it to the development Carnell Lake has had with the secondary and I’d like to see if he can mold Hayden. Low-risk, high-reward, and gives depth behind William Gay with Senquez Golson a total guess at this point and to me, much less talented on paper when he came out of Ole Miss.

Kayvon Webster/Denver Broncos – Webster mainly played on special teams in Denver and I think you could argue him playing inside or out. That special teams value makes him interesting enough on the back end of the roster and the chance to carve out a niche, especially if this is the end for Shamarko Thomas.

And for what it’s worth, Webster and Antonio Brown are good friends, growing up in Miami together. Brown is three years older but the two still have a friendship. From the Denver Post in 2015.

They will trade more than uniforms. They share a similar story. They grew up in Liberty City in northwest Miami, learning to survive on their own in their early teens. Brown was homeless at times during his high school years. Webster bounced around, staying with his “grandma, cousins, friends and girlfriends,” just trying to figure it out. He became friends with Brown during the time. Brown, three years older, stood out as a quarterback, and, anything else he tried.

The two became close when Brown came back to Miami during college. They train together in the offseason. Brown appreciates how Webster pushes and holds him accountable.”

Real low-level signing but the niche player that would make plenty of sense. This year’s Steven Johnson.