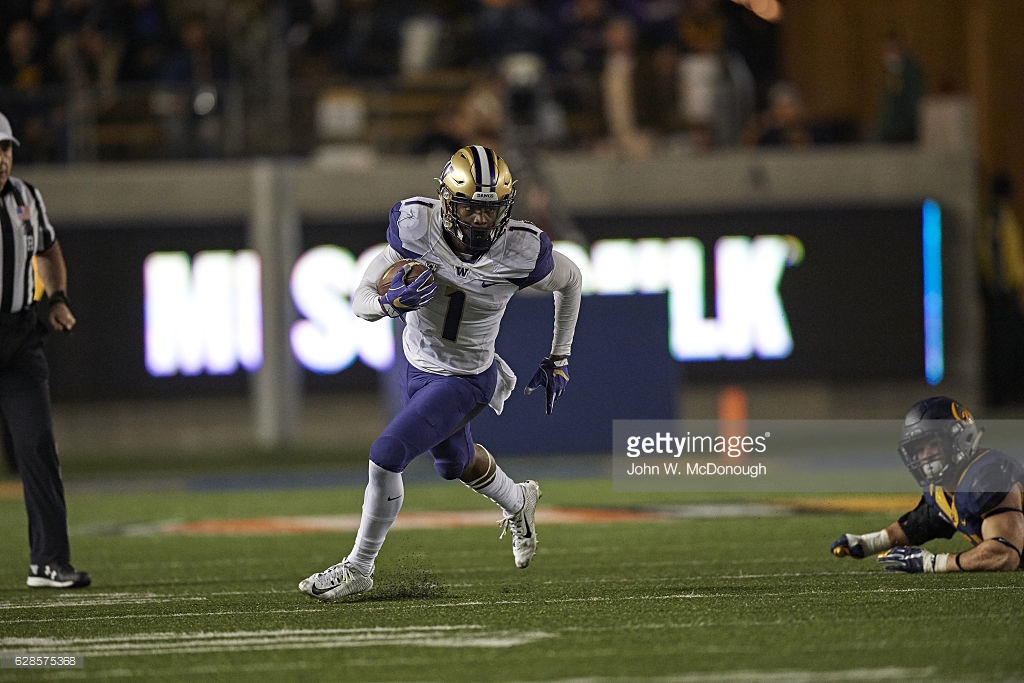 A new day, a new name in the mock draft world for the Pittsburgh Steelers. Bleacher Report’s Brent Sobleski unveiled his final mock draft before the Combine. In it, he has the Steelers taking Washington WR John Ross with the 30th overall pick, one of the first times I think someone has mocked Ross to the team.

An excerpt of his explanation.

If the organization has an opportunity to add another dynamic playmaker to take pressure off Brown and quarterback Ben Roethlisberger, general manager Kevin Colbert needs to strongly consider it.”

Wide receiver is a difficult position to judge for the Steelers right now, mostly clouded by Martavis Bryant’s uncertainty. If he isn’t reinstated, you’ll see a lot more people mock receiver high to the team and with good reason. Even if he is back, there is an obvious case to be made, as Sobleski does here, about the lack of trust there is in him.

Ross is one of the fastest players in the draft, expected to run in the mid 4.3’s this weekend at Indianapolis. Standing in at 5’11 190, he caught 81 passes for 1150 yards and 17 touchdowns last year with the Huskies. He also has a career 24.1 kick return average and an additional four scores.

The biggest concern with him are his slight frame and injuries. He is going to have surgery to fix a torn labrum following the Combine.

Choosing Ross would be an out-of-the-box selection but one that would be tough to be upset with. He’s a dynamic player who, even if Bryant returns, could peck away at Eli Rogers’ time in the slot. Rogers enjoyed a nice first season on the field but the biggest knock on him is a lack big plays and YAC ability, something Ross brings in spades.