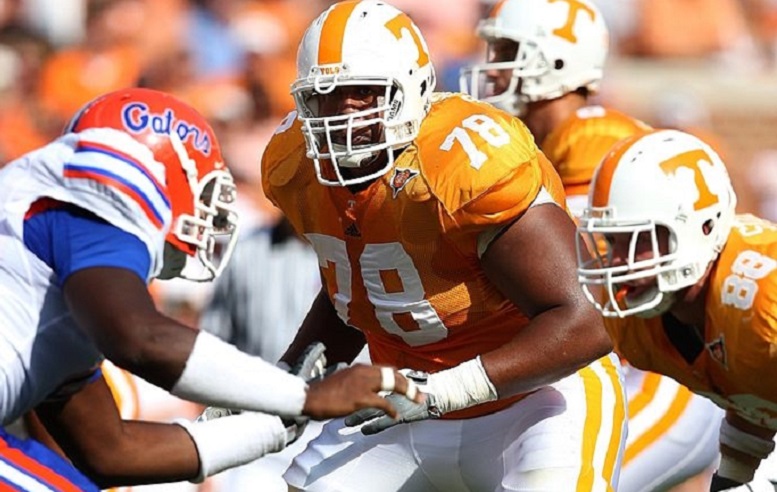 Though the last snap of the 2016 NFL Season has been played, the 24/7 – 365 nature of the National Football League rolls on. With the driest spell of the football calendar approaching, football pundits all over the country are looking for substance to bridge them over to the NFL Draft. Mock drafts and draft profiles make up the present and future agenda but a void is left for past evaluations. While many experts break down incoming prospects, it would be interesting to see how previous draft selections have performed compared to their pre-draft evaluations.

One player whose name keeps garnering recognition for his great play in the last few weeks is Ramon Foster. Starting his career as an undrafted free agent signing by the Pittsburgh Steelers, few would have expected Foster to crack the 53-man roster, let alone blossom into a vital piece of the Steelers’ offensive line. Now 101 starts and eight years later, 31 other teams ponder how they missed out on one of the league’s top rated guards.

Though the Steelers’ faithful are accustomed to watching Foster command the middle of the line of scrimmage, this was not Foster’s original position of familiarity. Coming from the University of Tennessee, Foster was the 23rd ranked tackle by NFLDraftScout.com. Serving as Tennessee’s right tackle, Foster started 26 straight games at right tackle over his last two seasons.

Foster did a more than serviceable job for Tennessee at right tackle but many in the NFL were not believers that Foster could hold his own as an NFL caliber tackle. Foster’s NFL.com draft profile page suggested a possible switch to guard, stating “(Foster) Might need to move inside because although he has a fair kick-slide in pass protection, he does not have the lateral quickness to stay with the quick outside rush.”

Moving Foster to guard is exactly what the Steelers did when Foster arrived in the early portion of the 2009 offseason and the move has paid dividends. Foster is coming off a season in which he only allowed two sacks and was rated this season’s best left guard by Pro Football Focus.

How exactly did Foster transition from right tackle to right guard and then to left guard so smoothly over the course of his career? Foster’s NFL.com profile offers a key statement that may explain why Foster has exceeded at multiple position switches when others often struggle.

“It takes ends an extra second to get around his big body to the quarterback, and he’s too strong to get bull rushed into the quarterback. Plays through the whistle, and will hit his man two or three times if necessary.” – NFL.com on Ramon Foster

At 6’5 and 328 pounds, Foster is a perfect build for winning battles in the trenches. Rarely ever is Foster ever seen being driven into the backfield, instead the Steelers’ lineman is often the one delivering the brute force, driving defensive lineman backwards.

Another overlooked factor as to why Foster has worked out so well for the Steelers is his poise and veteran leadership. At 31-years old, Foster is not only the longest tenured member of the Steelers’ young offensive line but also the voice of the line. Foster was responsible for communicating with quarterback Ben Roethlisberger when the Steelers’ took the road to play in hostile environments.

Foster’s NFL.com profile briefly touched upon Foster’s leadership, stating “(Foster is a) Vocal leader in the locker room and on the field.