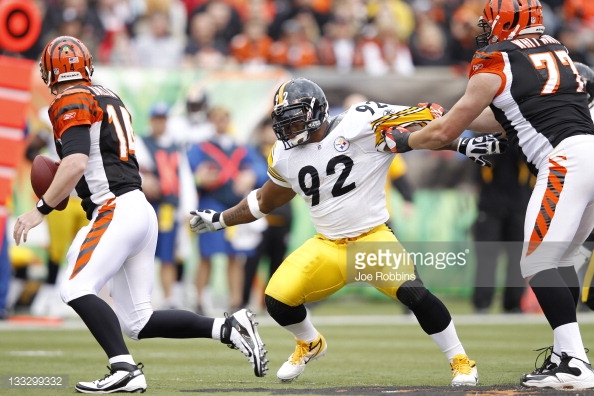 The Pittsburgh Steelers certainly have their fair share of significant players scheduled to hit free agency, but the same could be said for just about every team. The Cincinnati Bengals, for example, have five starters hitting free agency, and others who have started significant time.

Their two first-round picks from 2013, Dre Kirkpatrick and Kevin Zeitler, are both preparing to hit the open market provided that the Bengals don’t work something out with them prior to the start of free agency, but the status of left tackle Andrew Whitworth in spite of his age might be the most significant, at least for the 2017 season.

Whitworth has been a rock for Cincinnati on the blind side for the past several years and has only recently earned the Pro-Bowl recognition that goes along with it, but he is also 35 years old, and the Bengals have already drafted two young tackles in the first two rounds of the draft just two years ago.

But the veteran said on SiriusXM that he is “talking with the team and hopefully we’re going to work something out and for sure be back as a Bengal. That’s where I’d love to end my career and love that opportunity”. Yet the end of that sentence played into his free agency opportunity.

“I also think it’s smart”, he said, “to at least listen to other opportunities and make sure that you have your heart in the right place, because at this point in my career, it’s about the challenge, it’s about the excitement of going to try to win that Super Bowl. That’s what I want to do”.

Having played his entire career for the Bengals, Whitworth doesn’t even know what it’s like to win a playoff game. as much as he might love the city and the team and the organization, he has some serious soul-searching to do, to contemplate whether or not he believes the 2016 team that finished below .500 can contend for a Super Bowl.

“Being a mentor and a leader, I’ve always urged guys if you’re ever allowed to be a free agent to take that opportunity”, he said. “I love Cincinnati and I want to be there. I’m pretty positive that things will work out in a way that I’ll be there again, but I want to take advantage of the opportunity of being free and listen to what other people have to say. I think that’s the right way to do it”.

It will be interesting to see how serious he is about pursuing the free agency market. At 35, and with Super Bowl aspirations, it certainly wouldn’t be surprising to see him wooed by a team with a better chance of at least winning a playoff game.