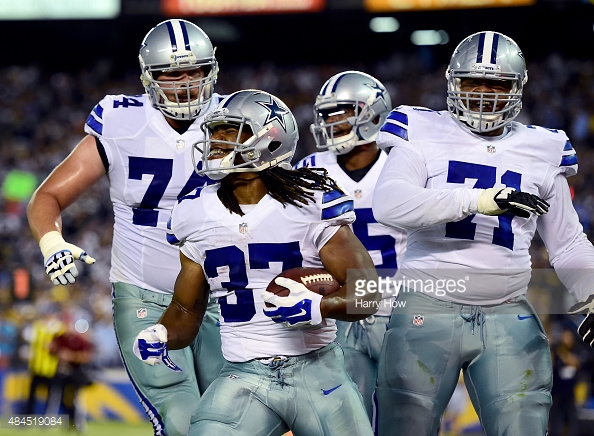 Next up is running back Gus Johnson.

In Western Pennsylvania, the word “Gus” probably conjures up one image; the spokesman groundhog of the Pennsylvania lottery. His cutesy slogan is being the second most famous groundhog, sitting behind, of course Punxsutawney Phil, the most unreliable forecaster in our nation’s history.

It’s fair to say that Gus the Groundhog’s status of second place won’t be threatened by Gus Johnson. But the New England Patriots weren’t supposed to come back from 25 down, either. Football, like PA lottery marketing, is weird. That’s the takeaway.

His college career with Stephen F. Austin, the Lumberjacks, was linear. He dipped his toe in the water during his freshmen year, ending it with 194 yards. By his senior season in 2014, he was setting records and racking up awards. In 13 games, he rushed for nearly 1700 yards and 23 rushing touchdowns, and a Conference Player of the Year award resting upon the mantle.

Johnson earned an invite to the Combine and showed explosion…but not much else. His size (5’9/5) and 40 time (4.7 flat) worked against him, canceling out his 36.5 inch vert and 10 foot broad jump.

He was hit with a harsh dose of reality, going went undrafted in the 2015 selection before signing with the Oakland Raiders. And three days later, he got his second dose – the Raiders released him.

By training camp, he was with the Dallas Cowboys and Johnson did relatively well. He led the Cowboys in rushing, carrying the ball 37 times for 139 yards and two rushing touchdowns. He caught the eye of those who covered him such as Bryan Broaddus who wrote this mini-scouting report for the team website.

“Really steady in the way he plays. Tough runner with the ball in his hands along with the vision to see holes and make cuts. Not going to run away from tacklers but will finish runs. Had some nice blitz pickup opportunities in the Texans game where he gave you some hope that he can develop. Will likely beat out Ben Malena for that practice squad running back spot.”

He carried over a collegiate nickname that should sound familiar to Pittsburgh, “Gus the Bus.”

Just don’t hold your breath he’ll be following in Jerome Bettis’ footsteps. He initially made the Cowboys’ practice squad in 2015 and bounced on and off it, released for a final time in October.

Atlanta scooped him up a week later onto their taxi unit and hung onto him until the first cutodwn in camp this past season. The Gus Bus spun his wheels to San Diego, Atlanta, and then back to San Diego over the course of the season. That’s some Ross Ventrone treatment, plus the constant trips through the airport. Dante’s final circle of Hell, I bet.

The Chargers opted against giving Johnson a futures contract, leaving him on the streets again, before the Steelers scooped him up, maybe the first hint – in hindsight, of course – of concern over Le’Veon Bell’s injury. When the season ended two weeks later, he was given a futures deal, and that’s where we stand.

As it stands, the opportunity for Johnson actually isn’t terrible. Not great, it’s not supposed to be for any futures player, but behind Bell, there isn’t a great deal of depth. DeAngelo Williams is set to be a free agent, Fitzgerald Toussaint has shown himself to be a middling option who doesn’t offer that much as a runner, and the rest of the group is rounded out with fellow future contractors.

Of course, this unit should see some short of shakeup, likely with the addition of a running back in this year’s draft. But when our training camp battles’ articles come up in about, oh, 150 days, we’ll probably be circling the #3 running back spot. His name will be buried, maybe only a footnote, but Gus Johnson will be on that list.