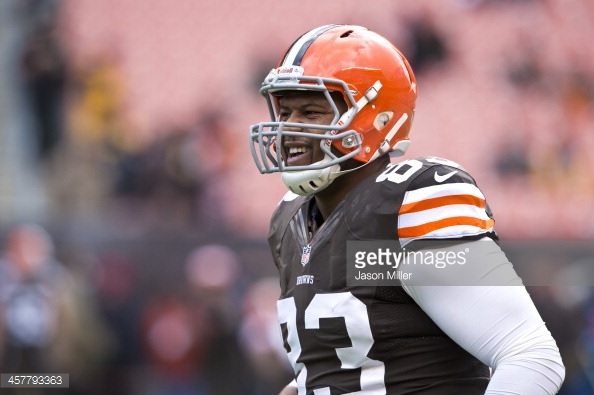 Next up is OT Keavon Milton.

You know Alejandro Villanueva’s transition. And most of you probably Brian Mihalik’s, given the fact he followed in Villanueva’s footsteps. Both you could say, definitely Villanueva, and probably Mihalik for the current point in his career, have been success stories.

Mike Munchak is trying to make the third time another charm with Milton, a guy you reasonably haven’t heard of and many couldn’t care less about. Like the Pittsburgh Pirates and broken down pitchers, the Steelers are gathering a collection of offensive linemen who spent their college ball doing something else. Villanueva was all over the place at Army, Mihalik a defensive end for Boston College, and Milton, a tight end for Louisiana-Monroe.

When he came out of college, Milton was 6’4 280. But a barely sub-five second 40 time and scant production in college, 25 career catches, sent offensive line coaches looking at him, not ones at tight end.

To be fair, the Steelers weren’t the first team to move him to the o-line. After going undrafted in 2013, Milton was scooped up by the New Orleans Saints as a UDFA. He bounced around, as so many players in his position do, That short stint parlayed itself into his best NFL chance to date, appearing in eight games for the Cleveland Browns later that year, the first team to teach him the offensive line trade, and not making any starts.

In all, he played 14 snaps on offense and a couple of handfuls on special teams. Not bad for a rookie.

But Milton has struggled to find similar footing since. He spent 2014 with the Seattle Seahawks, earning a call-up from their practice squad, and logging three offensive snaps in his lone appearance. After being let go by them, he’s hung around with the New England Patriots and Dallas Cowboys before linking up with Pittsburgh in late October of 2016.

So I guess it’s not fair to call him a “project” in the way Villanueva and Mihalik were. Milton has seasoning; a limited amount, but still, something is better than nothing.

The Steelers’ offensive line feels set for 2017; this year’s group could stroll back into the locker room and no one would bat an eye. That doesn’t even begin to mention the fact Jerald Hawkins and Ryan Harris are coming off IR, making the climb that much tougher.

If there’s any sliver lining for him here, don’t expect the Steelers to bring in many players to compete. They barely need to sign anyone to fill up the training camp numbers. Milton knows exactly what the competition looks like. He’s made 53 man rosters before. Who knows, maybe he does it again.