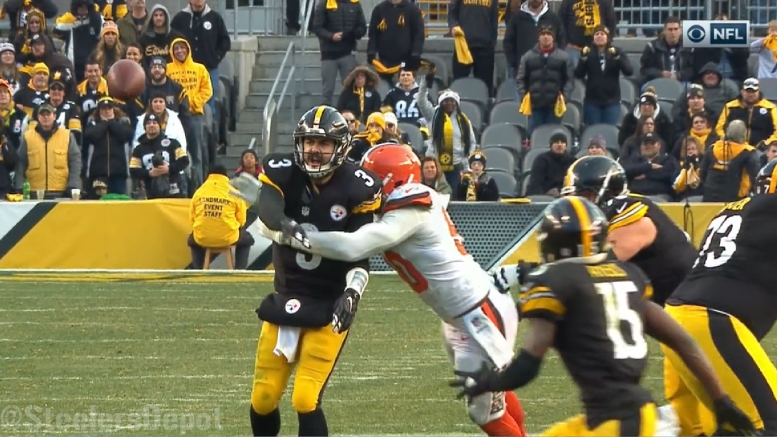 Question: Will Landry Jones be the backup quarterback to Ben Roethlisberger in 2017?

It wouldn’t seem to me to be an ideal time right now to be, or to have been, a quarterback for the Pittsburgh Steelers. Ben Roethlisberger has taken some criticism this year for his play down the stretch and some comments that he has made. Landry Jones—well, he’s never been a popular figure. Even Terry Bradshaw is dodging bullets for the past couple of weeks.

But Bradshaw is not relevant to the question at hand. Jones is. And maybe Roethlisberger too if there’s anything to be taken from his comments earlier this offseason. Willie Colon has been one of his closest friends over the course of the past decade or so and said recently that he’s 50/50 on whether or not he thinks Roethlisberger might actually retire.

But we are working under the assumption that he will be returning until we have a good reason to believe otherwise. So we’re talking about who is going to be holding his clipboard in 2017, and for the past couple of years, that has primarily been Jones.

The fourth-year player started two games for the Steelers last season and fared reasonably well in both in very differing circumstances on each occasion. He recorded his first victory in a game that he started and finished in the team’s regular season finale while they rested several of their best players.

I do at times believe that people vastly overestimate the skill level of the backup quarterback market around the league. And I believe that leads to an overly harsh view of Jones’ abilities. But his contract is going to be up, and Art Rooney II did imply that they are going to be looking at the position in this draft.

I think it’s hard to say right now whether or not Jones is going to be back in Pittsburgh in 2017. He shouldn’t command a big price tag on the open market, and they probably don’t want to have a rookie backing up Roethlisberger this year. I know a lot of people are waiting to see Jones leave town, but I’m not asking what you want to see happen. What do you think will happen with Jones?