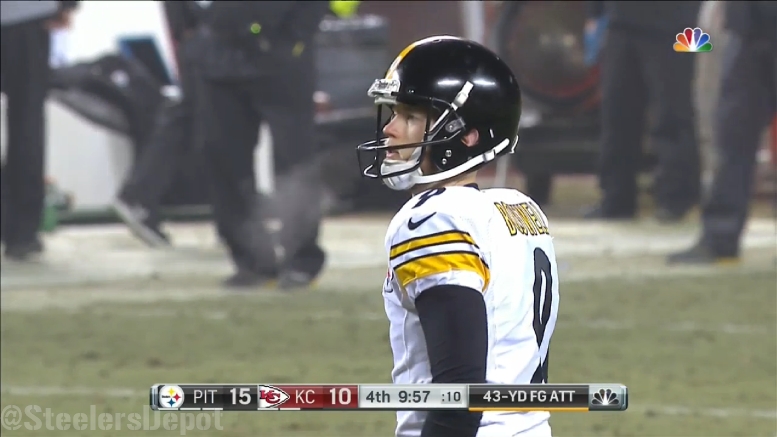 Greg Warren: Long snapper is not the most stimulating topic of discussion, and that is especially the case for a longer snapper like Greg Warren, who simply does his job. We frankly still talk more about James Harrison’s one career snap as long snapper than we do about Warren’s 12-year body of work. He’s that reliable. And that’s why he has already been re-signed. Taking veteran-minimum deals doesn’t hurt either. One interesting note on his 2016 season is that he recorded the first fumble recovery of his career in the regular-season game against the Patriots.

Chris Boswell: Chris Boswell’s sophomore season statistically wasn’t as great as last year’s. He only attempted 25 field goals in 15 games—he had 29 attempts in 12 games a year ago—and missed four of them. But he booted six of them in a game once in the regular season, and then again in the postseason, which was a record. He did miss two extra points in the postseason, and had a terrible onside kick attempt, but he also made a touchdown-saving tackle and recorded a touchback on 49 of 80 kickoffs.

Jordan Berry: From 2015 to 2016, Jordan Berry improved his punting average from 42.6 to 45.6. His net improved from 39.1 to 40.2, and that is even with one being blocked. He improved his directional punting significantly, though he still had some ‘JV’ efforts. In-season injuries to the punt-coverage unit saw the number of returns and the quality of returns increase, but he only shares a slice of that blame.

Offseason Strategy: I know, I know…talking about punters and kickers and long snappers (oh my) is not exactly the most exciting aspect of the game of football that we can be talking about right now. But the specialists are the final group of players left on the docket to talk about in our positional breakdown of the Steelers’ roster heading into free agency next month.

The offseason strategy in this case, however, is pretty simply to do nothing. Greg Warren, Chris Boswell, and Jordan Berry are going to be their long snapper, kicker, and punter, respectively, for the 2017 season, and we already pretty much know this for a fact without debate.

The only thing left to do is to sign a couple of players to serve as camp bodies (including rookie for first-year players that can do these jobs during the rookie minicamp after the draft), knowing full well that it would be highly unlikely for them to unseat any of the three, as they have performed well and the team has high opinions of each of them.