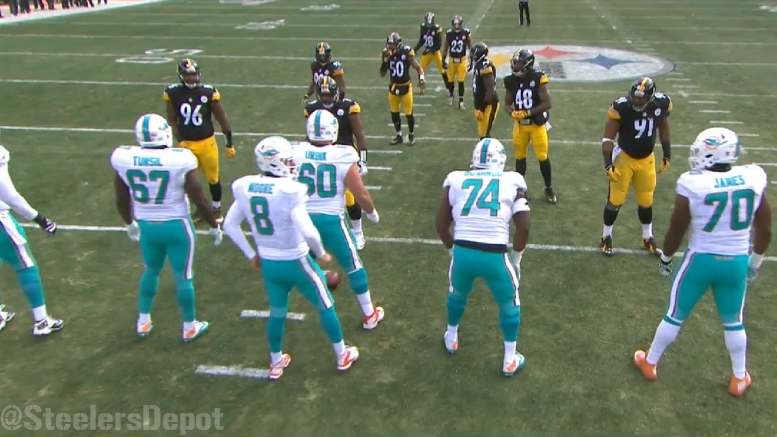 Cameron Heyward: Things didn’t go as planned for Cameron Heyward during the 2016 season, as he dealt with several injuries over the course of the year, starting in the preseason. But it was a third injury that landed him on injured reserve. This was the first season of his career in which he missed even one game. He was still more than productive when on the field, and had three sacks.

Stephon Tuitt: Stephon Tuitt had to step up in Heyward’s absence. That was a role he was slow to take to when he first missed two games, but the line as a whole took their game to another level when his season ended. He generated a lot of pressures on the quarterback, though the sack total doesn’t quite represent that. He does have to clean up the missed tackles.

Javon Hargrave: Though technically a defensive tackle, Javon Hargrave needs to be included here because of the fact that the team plays primarily in the nickel. He is the top rotational player behind Heyward and Tuitt there and more than proved his worth. He had three sacks including the playoffs during his rookie season and showed that there is more to come.

L.T. Walton: L.T. Walton may have been the Steelers’ most improved player. He was starting in the 3-4 by the end of the year due to injury, but also because he proved that he is reliable. While he is lacking in the pass rush, his dependability in other areas of the game greatly improved his standing in his second season.

Ricardo Mathews: Injuries slowed his contributions late in the year, but I would say the Steelers got their money’s worth out of Ricardo Mathews, who put in some good snaps off a veteran-minimum deal. He may well be re-signed.

Johnny Maxey: Johnny Maxey was a surprise late contributor as an undrafted rookie from a small school. He had some discipline issues on the field, but was generally not out of place. He will be back, though he will probably be on the practice squad again.

Offseason Strategy: The Steelers do have their starters, and they have good depth, but it never hurts to add another piece that can potentially be a playmaker. I would not object to them adding a player who profiles more as a 4-3 edge rusher who can be used situationally as a rusher in the nickel defense. Still, this is probably not in their top five areas of need.