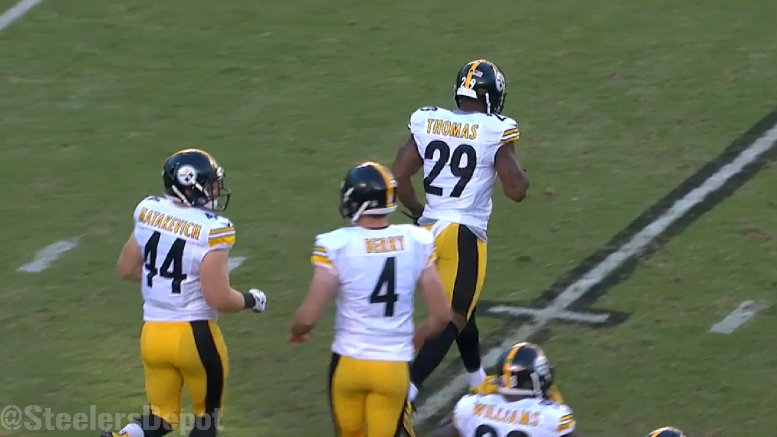 If I had to choose my favorite thing about Steelers punter Jordan Berry, it is that, at the very least, he has finally appeared to have ended the yearly carousel that the team has had to deal with for seemingly the past decade.

The Steelers have had a new punt, or a different punter, nearly every year for most of the past 10 years, and that as sometimes included different punters in the same season. But Berry has now been here for two years, and there is no obvious indication that he is on his way out.

After winning a training camp battle with incumbent Brad Wing, which saw the latter traded for a seventh-round draft pick, the fellow Australian has shown key improvement from his first season to his second.

As a first-year player in 2015, Berry posted a gross average of just 42.6 yards, a number that improved by exactly three yards to 45.6 in 2016. And that was in spite of the fact that he had one punt blocked. His net average also improved by just over a yard, from 39.1 yards to 40.2. On nine extra punts, he only recorded one additional touchback.

But he improved in his directional kicking, which partially explains the 11 punts that went out of bounds. The fact that the special teams dealt with some key injuries to important players—particularly to both of their best gunners—also helps explain why the Steelers as a whole allowed a higher volume of punts to be returned.

Still, there is obviously still room for improvement for the young punter, even if he is doing a mostly satisfactory job up to this point. I would not expect that his job is in much jeopardy of being lost at this point.