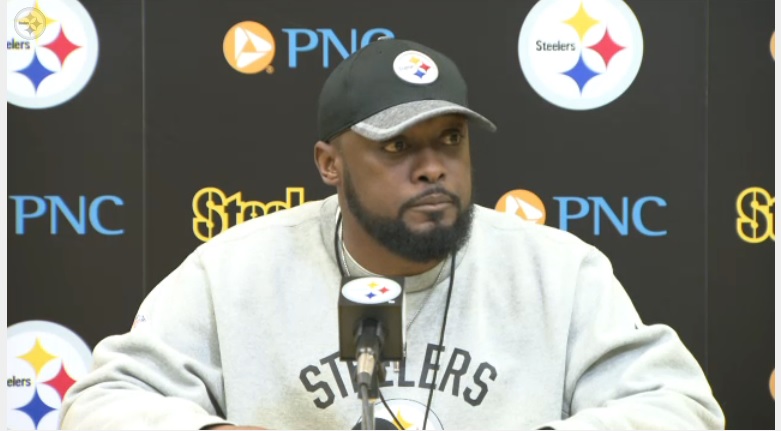 There was one point during his Tuesday press conference at which Pittsburgh Steelers head coach Mike Tomlin was addressing a question about taking criticism for falling short of the goal of winning a championship and the typical scrutiny that goes along with it.

In his usual way, Tomlin owned the moment, and owned the failure. “My goal was to be world champs, and we weren’t that, so you can describe [the season] whatever way you choose”, he said. “In that vein, I’ve only been successful one time in 10 years”, that being the Super Bowl victory in 2008 during his second season with the team.

“And I’m okay with that”, he went on, referring to taking the criticism that goes along with not winning the last game of the season. “I’m not looking to feel good. I’m not. I’m not looking to pat myself on the back; I don’t think any of us are. I think it’s our desire to be world champs, and it’s not us this year. There are consequences for not being that”.

It is important in a profession and in a station in which he resides for Tomlin to be receptive of but not susceptible to criticism. On that front, I would have to say that he has handled himself rather well. When asked if it affected him when players seem to call out a coach or a play call or something of that nature, he said “it doesn’t, because I’m not overly guarded or highly sensitive”.

“I just want to win. I want to do what’s required to win. I don’t care who gets the credit. I understand blame is sometimes associated with not being successful. I don’t waste a lot of time thinking about that because I don’t plan to be unsuccessful”.

That is much along the lines of what Tomlin said a week ago when he was asked about his concerns regarding the possibility of repeating the Steelers’ red-zone failures that they had in Kansas City. They made four trips inside the red zone and only came away with nine points and a turnover for their efforts in that game.

“I absorb the negativity that comes with” being unsuccessful”, he continued. “I think that’s an element of the job”. That is especially the case for a team that has yearly Super Bowl aspirations and perhaps the most demanding fan base in the game.

Tomlin has a 103-57 overall record in the regular season, though an 8-6 record in the postseason after going 2-1 this year, an improvement upon the 6-5 record that he brought into the 2016 season. Still, those are good numbers, numbers that one would think might buy him more of the benefit of the doubt.

It doesn’t. Yet Tomlin handles it well knowing that it is simply part of the job. Criticism has no bearing on his ability to get his team to win or lose, so he tunes it out. Much to the chagrin of all of the excellent football minds on the internet who know how to fix all the team’s issues overnight.