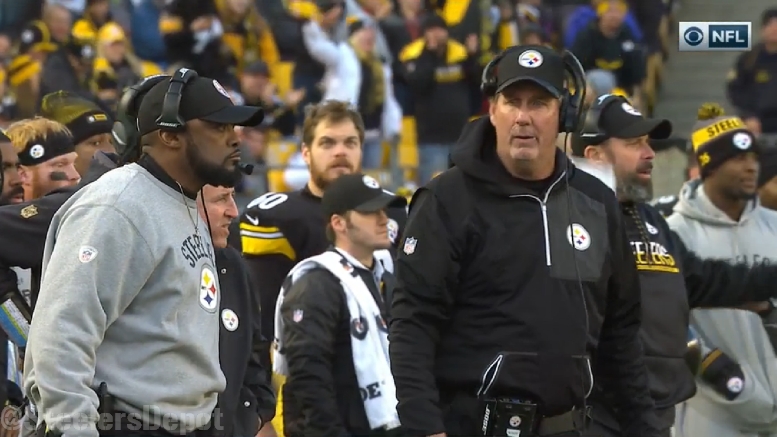 Even though the Pittsburgh Steelers made it the AFC Championship game this season, head coach Mike Tomlin wasn’t ready to guarantee on Tuesday that the entire coaching staff will be retained during the offseason.

“You know, I understand that change is a part of this thing, it always is particularly for player and coaches,” Tomlin said. “I’m not going to bury my head in the sand in that regard. We’ll see where it transpires.”

That’s probably the right response by Tomlin and after all, he really might not be the one who has the final say as it relates which coaches stay and which ones, ahem, retire.

When it comes to the Steelers coordinators, one could easily speculate that of the three, Danny Smith would be the most likely to not return in 2017 being as the special teams unit played well below the line all season. As for Todd Haley and Keith Butler, I would personally be a bit surprised if either of them aren’t back in 2017 as we sit here in late January. Needless to say, it shouldn’t take long before we find out.

How about the Steelers position coaches?

Before the 2016 regular season started there was talk that wide receivers coach Richard Mann might decide to retire after the season, so that’s something to watch for. Additionally, you have to wonder if the Steelers might be ready to move on from outside linebackers coach Joey Porter following him being arrested as a result of an incident that took place at a South Side bar after the team won their home Wild Card game.

I  could continue to go down the list of Steelers coaches and speculate if any of them won’t be back in 2017, but I’ll leave that to those of you reading this post.

Tomlin will finish meeting with all his players and coaches individually in the coming days and because of that he will not be present for this week’s Senior Bowl practices in Mobile, Ala. The transpiring process shouldn’t take very long, so by this same time next week we should know which coaches are staying and which coaches are going.