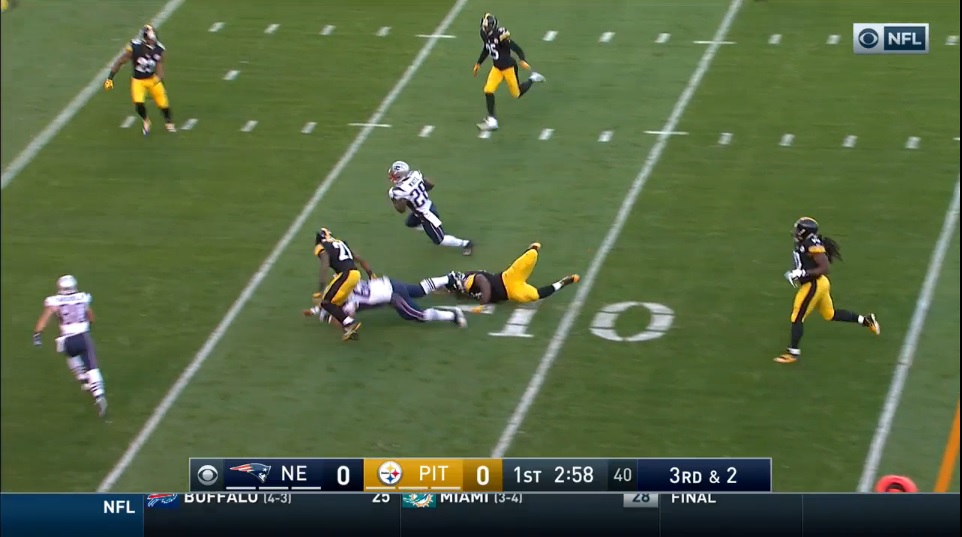 So close. So far away. When you’re down to the Final Four, the differences aren’t stark. They all have talent. They all have strong coaching. They’ve all dealt with problems. There are no Cleveland Browns at this stage, clearly.

The difference between winner and loser is usually going to come down in the details. Because every one of these teams can move the ball, generally speaking. It’s all about situational football. Third down. Turnover differential. Red zone defense.

That last one is where we’ll turn our focus today.

Here’s a fun stat or really, a not-so-fun stat from a Steelers’ fan perspective.  In the Mike Tomlin era, the Tom Brady-led New England Patriots have ended 73.7% of their red zone trips in touchdowns (19/26). Nearly three of every four times. And they’re a spotless 7-7 over the last two seasons.

Cheating the numbers a bit here, but hey, it is New England, that 73.7% mark is higher than any red zone offense over a single season since 2004. Bottom line, they’ve been borderline unstoppable in the red area.

That will challenge a Steelers’ red zone defense that has risen to 5th overall, a steady improvement over the years. Just two years ago, they finished 19th. New England still has the talent and more importantly, the scheme to always exploit the Steelers. Whether that’s flexing their tight ends out to take advantage of Pittsburgh’s goal line defense, as they did in 2015, or a mix of screen passes or pounding the rock in, as they did this year.

It’s the rubix cube the Steelers haven’t been able to solve. Dick LeBeau never had much like and Keith Butler hasn’t fared any better. It’s not even about getting turnovers; it’s just about holding them to field goals. The Patriots are going to move the football. That’s just a fact. Tom Brady won’t be shut down the way the Kansas City Chiefs were, sans the first and last drives.

How you hold up in the red zone is what will define a defense against the Evil Empire. That’s the bottom line. Succeed, even with just moderately improved results than that overall figure, and you have a puncher’s chance.

But fail? Pack your things, shake hands with the Patriots, and watch them fly off to Houston for Super Bowl 51.