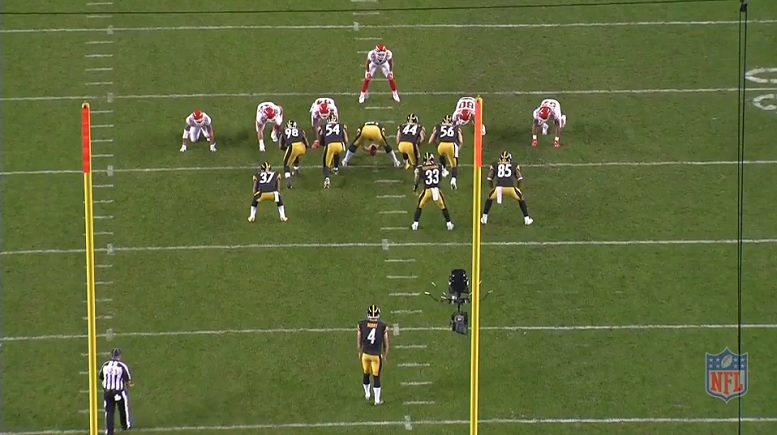 Assuming both Golden and Williams will be able to play Sunday in the Steelers road Divisional Playoff game against the Kansas City Chiefs, we might be treated to the best punt coverage unit we’ve seen in quite a while and just in time to face the league’s best returner in Tyreek Hill.

Back when the Steelers beat the Chiefs in Week 4 of the regular season their punt coverage team consisted of Greg Warren, Jordan Berry, Justin Gilbert, Shamarko Thomas, Fitzgerald Toussaint, Jordan Dangerfield, Tyler Matakevich, L.J. Fort, David Johnson, Chickillo and Williams. And in that game Hill returned two punts for 20 yards. It’s worth noting, however, that Golden, the Steelers special teams captain and upback on the punt coverage team, sat that game out due to an injury.

While the Steelers did hold Hill to just 20 yards on two punt returns in that Week 4 game, one of those two he returned 78 yards for a touchdown, but it was fortunately wiped out by a block in the back penalty. That return, which can be see below, even included Berry forcing Hill to catch the football along the sideline.

Don’t forget that #Chiefs WR Tyreek Hill did this the last time against the #Steelers. It was fortunately negated by a BITB on LB L.J. Fort. pic.twitter.com/rtr6qUp8Kt

Since that Week 4 game against the Chiefs the Steelers punt coverage unit has undergone quite a few changes. For starters, Thomas, who was one of the two gunners in that game against the Chiefs, is now on the Reserve/Injured list. Gilbert, the other gunner in the game, is also no longer a regular on the punt coverage team. Currently, those two outside spots belong to wide receivers Darrius Heyward-Bey and Sammie Coates now that they’re both healthy.

With Golden out against the Chiefs, Toussaint was the upback on the punt coverage team. Additionally, when fullback Roosevelt Nix returned to action not long after the game against the Chiefs, he replaced David Johnson at one of the two wing spots with Dangerfield now holding down the opposite side as of late.

Ideally, the Steelers punt coverage unit against the Chiefs will consist of Berry, Coates, Golden, Dangerfield, Matakevich, Nix, Fort, Chickillo, Warren, Heyward-Bey and Williams and that might be the first time all season we see such a unit. If, however, Chickillo is unable to play against the Chiefs, we might see linebacker Arthur Moats take his spot once again just as he did last Sunday against the Miami Dolphins.

The last time the Steelers played the Chiefs, Berry’s final three punts all went out of bounds so regardless of who the Steelers have on the field Sunday in Kansas City, that might be their best way to defend against the speedy Hill. Unfortunately, when it comes to kickoffs, that’s not an alternative without giving up unnecessary yardage.