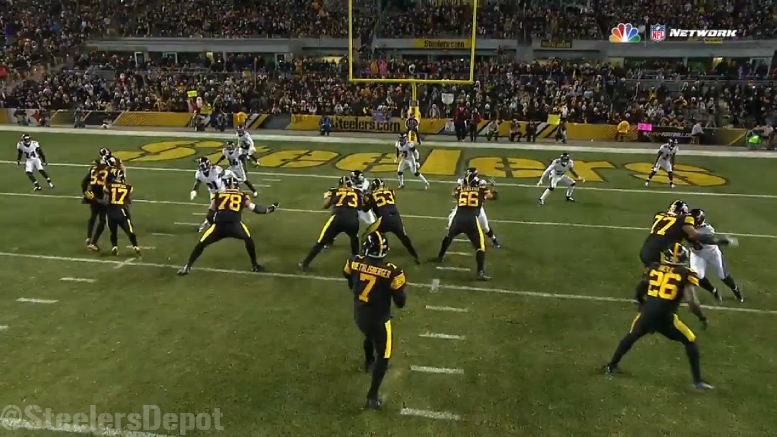 From the start of the season to now, the Pittsburgh Steelers could stake a claim for the most improved team. After all, there was a point at which they were 4-5, and are now bringing with them into the Conference Championship round the longest active winning streak at nine games.

While there certainly has been a lot of improvement and development in terms of the youth growing up quickly on the defensive side of the ball, a special case must be made for the fact that the Steelers’ offensive line as morphed into a truly exceptional unit, and it is finally being talked about from a variety of resources.

And, apparently, they are up for some type of award—though I’m guessing one that doesn’t really mean anything. Starting this season, former Pro Bowl offensive lineman Shaun O’Hara has been working with NFL Network to analyze offensive line play, and he chooses an offensive line of the week after every period of play.

The Steelers have earned that distinction five times this season, and they are now one of five teams in the running for the Build Ford Tough Offensive Line of the Year Award, which is a new award that comes courtesy of the league’s three-year arrangement that they made with the Ford Motor Company at the start of the season.

The Offensive Line of the Year Award, according to a press release from Ford, will be part of the league’s annual NFL Honors awards presentation, so I’m guessing there is going to be some type of trophy involved.

The Steelers should figure to have an awfully good chance of winning the first rendition of this award, considering that they received the weekly honor five times during the year. It would be a fitting conclusion to their strong season, which showed steady improvement, if there is a pair of trophies at the end of it—the other, of course, bearing the name of Lombardi.

Joining Pittsburgh on the list of nominees for the award are the Packers, who have had arguably the best pass-blocking unit all season, though lacking in the run game. Also in the group are the Titans, the Raiders, and the Cowboys. That seems like an awfully reasonable top five to me.