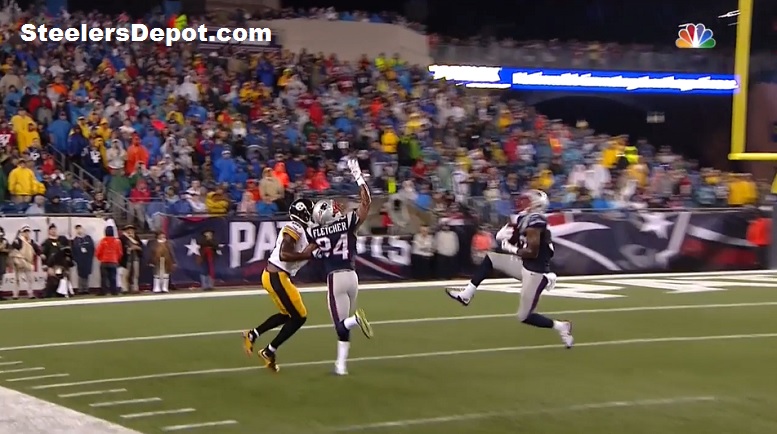 The Pittsburgh Steelers became the first team in NFL postseason history to win a game while scoring two fewer touchdowns than their opponents, and they did so on the strength of an NFL postseason-record six field goals, toppling the Chiefs in Arrowhead Stadium by a margin of 18-16 after narrowly defending a game-tying two-point conversion attempt.

The Steelers, as you may have gathered, did not score any touchdowns, and it was not for a lack of opportunities. They totaled nearly 400 yards, averaging almost six yards per play, and found themselves inside the Chiefs’ 20-yard line four times, also known as being in the red zone. But they were also within the Chiefs’ 30-yard line seven times, and they failed to capitalize on every one of those opportunities.

As you might imagine, Mike Tomlin was asked during his press conference yesterday to explain why the team struggled so much down in the short area of the field against the Chiefs, and was asked whether or not he believed that the Steelers could have that same sort of success without getting into the end zone against the Patriots.

“I’m not ready to address the potential for that in New England”, he said about the possibility of finding success without scoring touchdowns. “I don’t prepare for failure. I don’t anticipate us being 0-7 in New England”, referring to the Steelers’ inability to score a touchdown while gaining position inside the Chiefs’ 30-yard line—perhaps it was even the 25-yard line, actually.

“The reason we failed to score was multiple things”, Tomlin said in addressing their red-zone failures in Kansas City. “Lack of execution and taking advantage of opportunities at times by us and really quality play by [the Chiefs]. They did a great job of showing us a few different things. They got their hands up and disrupted one pass and that turned into an interception”.

The Steelers, as you might imagine, had a number of opportunities to score that failed them. Early in the game, they were set up with second and two inside the five-yard line when they elected to pass while the run was proving effective on the drive. After an incomplete pass on second down, the third-down pass was stuffed after just one yard, forcing them to settle for a field goal.

Later on in the game, the Steelers very nearly had a touchdown, but Antonio Brown had the ball stripped out of his grasp on the way down by the cornerback, who did a superb job of playing the pocket and robbing the All-Pro of his third postseason touchdown in two games.

On the drive that followed, the offense had first and goal from the five-yard line when Ben Roethlisberger tried to cue Brown in on a quick pass. The rest of the offense was clearly not in on it, as the left tackle made no effort to cut the edge defender, who leapt into the throwing lane and deflected it, popping it up for an interception.

The Steelers know what went wrong in the red zone in Kansas City. They also know that it can’t happen again in Foxboro while still coming out of there with a ticket to Houston. Now they have just a few more days to construct a more effective plan for getting into the end zone.