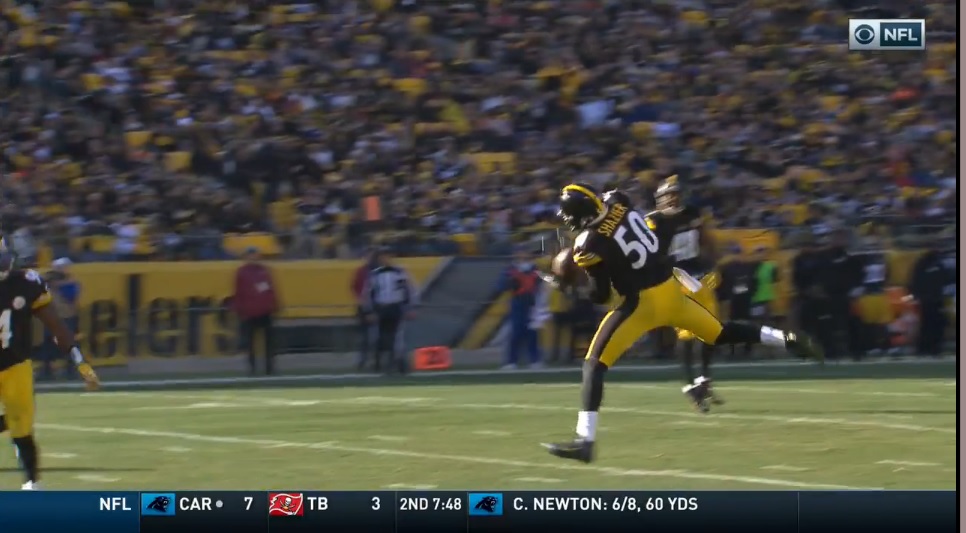 The Pittsburgh Steelers Sunday game against the Cleveland Browns was a meaningless one when it comes to playoff seeding in the AFC but one defensive player believes a few of his teammates took that sentiment way too far.

After the Steelers beat the Browns in overtime, linebacker Ryan Shazier, who played the entire game along with several other defensive starters, reportedly made it clear that he wasn’t happy with some of his teammates’ attitudes heading into the contest. According to Aditi Kinkhabwala of the NFL Network, Shazier said that too many guys bought idea that it was “meaningless.”

Ryan Shazier says he's not happy w/ #Steelers attitude headed into this game. Says too many guys bought idea that it was "meaningless"

While the Steelers offense certainly didn’t play well for most of the game, the same went for their defense as they allowed 437 total yards to a Browns offense that was led by quarterback Robert Griffin III and included several other young players on their offensive line. Browns running back Isaiah Crowell repeatedly gashed the Steelers defense for long runs during the game and finished with 152 yards on the ground with a long of 67 that came with 4:26 left in the fourth quarter.

While Shazier is obviously unhappy with how some of his teammates probably prepared for the game against the Browns, he was also guilty of a few missed tackles in that contest. Shazier, however, did have a red zone interception on Sunday and finished the game with 8 total tackles.

“Didn’t tackle well on defense but we produced some turnovers,” head coach Mike Tomlin said of the play of the Steelers defense during his post-game press conference. “I like the fight, but not ideal in terms of execution but such is life.”

The Steelers defense has had a tackling problem for most of the season and they better get that fixed quickly with the Miami Dolphins now slated to come to Heinz Field next weekend for a Wild Card game. That game certainly won’t be a meaningless one.