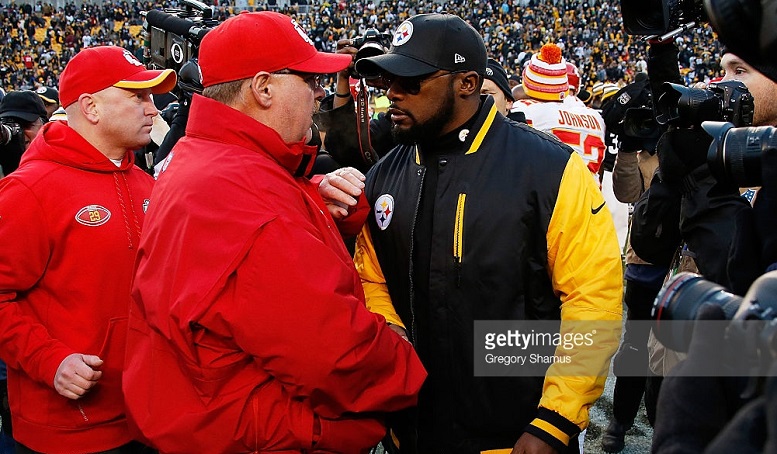 Washington, D.C. Philadelphia. Miami. Baltimore. Cleveland. Indianapolis. Buffalo. Cincinnati. These are the cities that the Pittsburgh Steelers had to travel to over the course of the regular season. It was an extremely favorable schedule in terms of travel concerns. Their most distant opponents—Dallas and Kansas City—both made the trek into Pittsburgh, rather than the other way around.

That will change on Sunday when the Steelers have to return the favor with the Chiefs, who will be hosting them in Kansas City for the AFC Divisional Round. While Pittsburgh may have been able to beat them on their own grass back in the early portions of the season, they will find it a taller task to bring them down the second time around, which I talked about yesterday, from a football perspective.

Now, it is certainly not going to be a major factor in the game, and I am not intending to present it that way, but I do think it’s notable that this is the first game all season for which the Steelers will have had to travel a fair distance to play. The previously most distant game that they have played was against the Colts, which is roughly around 350 miles distant from Pittsburgh.

Kansas City is more than twice the distance at roughly 850 miles, and calls for a flight time of nearly four hours. I would say that this is nearly irrelevant, but there have been numbers in the past that show a correlation between the distance that a team has to travel and their winning percentage. The Steelers have a fairly negative record on the west coast, for example.

Now, Kansas City is nowhere near the distance of, say, San Diego, but, especially relative to their 2016 itinerary, the travel time does pose a significant departure from their usual routine for road games due to the geographical distance.

On the bright side, so to speak, they will not have to travel very far—or at all—should they come out of the Chiefs’ home stadium with a victory, because they will either be hosting the Texans in the AFC Championship game or acting as the guests of the Patriots up in Foxboro. New England already paid a visit to Pittsburgh earlier this season.

I would not exactly anticipate this being a major issue, but during a season in which there was so little required of the Steelers with regards to travel obligations, it does seem worth noting that the trip to Kansas City will be more than twice the length of any other trip they’ve taken this season—a season they are hoping ends with a flight to Houston in February.