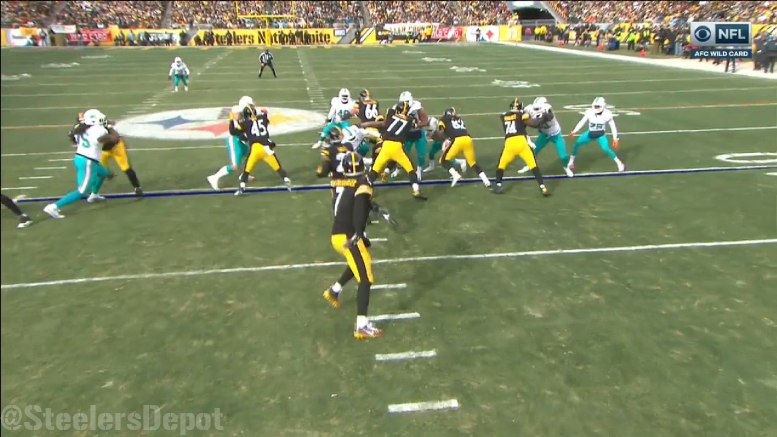 When it came time to play in the postseason a year ago, the Pittsburgh Steelers’ top back who was healthy enough to play had just 18 carries on the season for 42 yards, posting a 4.3-yard average. Their defensive line depth was sparsely used due to how frequently they relied solely upon Cameron Heyward and Stephon Tuitt to get the job done, though that was partly because they had nobody they could trust playing behind them.

There was little confidence in the depth chart in the secondary, along the offensive line—or really pretty much anywhere you would want to point to on the roster. Where the depth had not already been thrust into the starting lineup—as was the case at center—it had gotten very little use, which came back to haunt them when they were called upon during the biggest stage of the season.

That should not be the case this time around, due to a combination of both an improved level of health and to the fact that the Steelers have had a number of opportunities—largely forced upon them—to get work in for the players behind their starters, who could be called upon in an instant to play a major role.

For starters, their backup running back this time around is DeAngelo Williams. Last year, they were just hoping for him to start for them in the playoffs already due to injuries. Their third-string running back, who ended up first-string, spent half the year on the practice squad.

The offensive line depth—namely Chris Hubbard and B.J. Finney—has been tested extensively this year, with each making three starts and playing in multiple roles. If a lineman goes down this time, I personally will feel much better about the team’s ability to patch the hole and move on as needed.

At both cornerback and safety, they had a midseason lineup change due to the quality of performance of a rookie. That means that they have depth behind them that is not only more experienced, but that has already been in that role.

You can bet that the outside linebackers are well-tested, considering that they spent most of the season in a rotation, and that one of their starters wasn’t even on the roster for more than half of the season, allowing for plenty of opportunities to log snaps. The inside linebacker depth has logged time as well, though not much recently.

The defensive line has had no choice but to rely on their depth, with L.T. Walton especially emerging, and rookie undrafted free agent Johnny Maxey even contributing down the stretch and not embarrassing himself. But hopefully they won’t have to dig down that far.

Of course, with the likely absence of Ladarius Green at tight end, they have already gone through the majority of the season without him, so it’s not exactly as though they will have to adapt without him. It may be more of an adjustment when he comes back into the lineup, if anything.