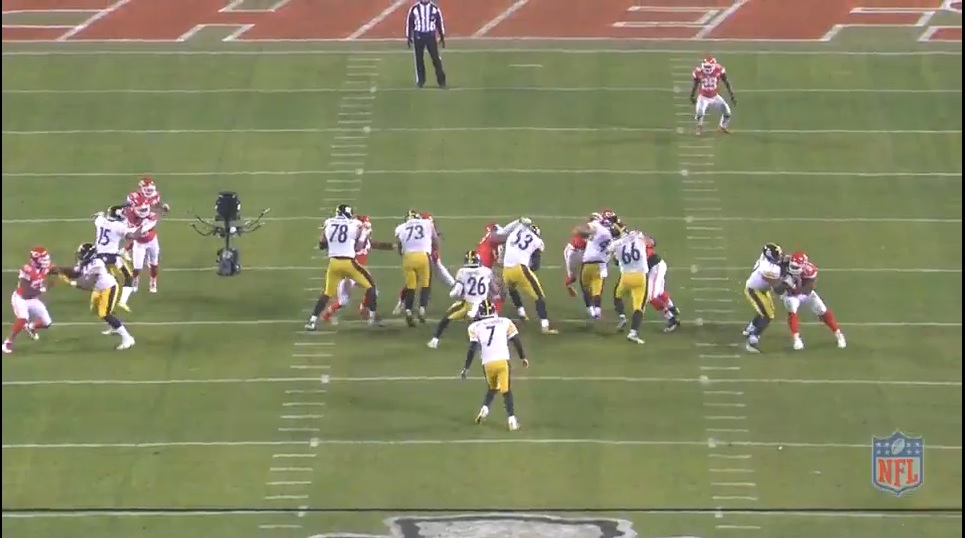 It was one of the curiosities of the Pittsburgh Steelers’ offense over the course of the regular season. They were ranked alongside the Denver Broncos, Indianapolis Colts, and Tampa Bay Buccaneers, all three teams who missed out on the playoffs this season.

After two playoff games, the feel is completely different. Pittsburgh has found their splash plays in the run game and the timing couldn’t be any better.

In the regular season, the Steelers had just five runs gaining 20+ yards. That ranked 30th in the NFL. Le’Veon Bell was responsible for four of those and Darrius Heyward-Bey had the fifth, the end-around touchdown against the Miami Dolphins. Only two of those runs came after mid-October. The rushing attack wasn’t bad but Bell could generally only muster 10-15 yard gains, even in huge rushing performances from Bell. They just couldn’t crack that long run.

In the playoffs? What a completely different story. In just two games, they already have three rushes of 20+.  All by Bell, of course, with two against the Dolphins and a 38 yard burst Sunday night. Those three such runs lead the pack in the playoffs.

That’s the tough part to figure out. There is no question the offensive line is playing at its highest level but it’s been strong throughout this extensive win streak. The same with Bell. Give credit to the wide receivers stepping up their blocking, a component of being able to break long runs.

Take a look at Bell’s long run in the Divisional win and you’ll see Cobi Hamilton coming down to crack out the safety and give Bell the lane. Heyward-Bey is a strong blocker, Eli Rogers and Demarcus Ayers are scrappy dudes, and even Antonio Brown will block when he has to.

Whatever the change is, it’s a grateful one to see in Pittsburgh. And a trend that will need to continue to get the Steelers past the New England Patriots.