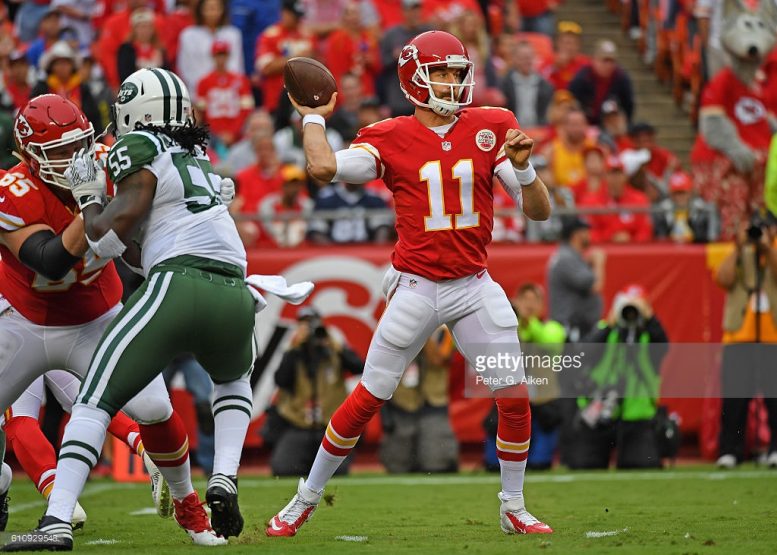 Once again, the Pittsburgh Steelers’ red zone defense played a heavy hand in yet another victory Sunday. James Harrison’s strip sack of Miami Dolphins quarterback Matt Moore in the red zone was just as important to the Steelers’ victory as the multiple touchdowns scored by Antonio Brown or Le’Veon Bell. The strip sack by Harrison was just the latest chapter in the story of the Steelers’ daunting red zone defense. With the latest chapter set to be written Sunday about the Kansas City Chiefs, the Steelers defense could be licking their chops at the opportunity of facing an inefficient Alex Smith.

While Smith has enjoyed a fine season, throwing for 3,502 yards, 15 touchdowns and just 8 interceptions, he has had his share of struggles in the red zone. Smith has thrown three interceptions and completed just 46-percent of his passes in the red zone during the regular season. It seems that while Smith has enjoyed an efficient season in general, this efficiency turns into inefficiency once Smith’s Chiefs sniff the 20-yard line.

Smith’s struggles in the red zone play right into the favor of the Steelers’ defense, who have been the opposite of inefficient during red zone trips this season. According to Team Rankings, the Steelers defense is first in the AFC and fourth in the NFL for Red Zone Scoring Percentage. The Steelers allow a touchdown on 45.75-percent of opposing red zone attempts and are just one of five teams to be under 50-percent.

If the Steelers’ defense can contain Smith in the red zone as well as they did in the first matchup, their journey to victory can become much easier. The Chiefs were faced with a fourth and goal in two of their three red zone trips during their earlier meeting with the Steelers at Heinz Field. One resulted in a turnover on downs and the other – a garbage time touchdown with eight seconds remaining in the game.

The Steelers defense will have a prime window of opportunity to repeat their red zone efficiency against Smith and the Chiefs on Sunday. Just as Harrison’s strip sack of Moore in the Dolphins game helped take the air out of a Miami comeback bid, a red zone turnover on the road would be a huge boost at overcoming the Chiefs.