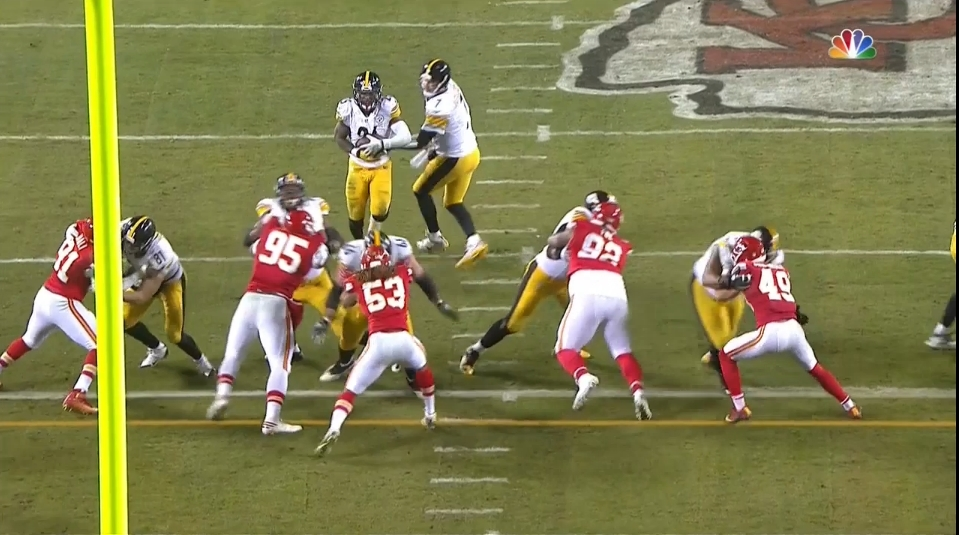 I have covered some of these on Twitter so forgive me for double-dipping.

– Here’s one I haven’t. There have been only a pair of 18-16 final scores in the playoff in NFL history.

Both have been Pittsburgh Steelers’ wins. Each in the last two years. Tonight and last year’s Wild Card win over the Cincinnati Bengals.

– The Steelers are the first ever playoff team to win a game by kicking six field goals and not scoring a touchdown. There have been two others to kick five, including the Indianapolis Colts in 2006.

– Chris Boswell’s six field goals are the most by anyone in playoff history. Previous Steelers’ record was four (including once by Boswell) and the NFL record was five.

– Antonio Brown is the first Steelers’ receiver to post back-to-back 100+ yard receiving games since Hines Ward did it in 2005, Ben Roethlisberger’s rookie year. Those two and Ernie Mills are the only guys to do it in Pittsburgh. Not Swann. Not Stallworth.

– James Harrison is the oldest player in playoff history to have sacks in back-to-back games. Third oldest player to have a sack in just one game. Only the late Junior Seau and Jim Marshall were older.

– Ryan Shazier has an INT in four straight games. Almost certain he’s the first linebacker to do it in Steelers’ history. And probably been forever since anyone on this defense has done it. Maybe a stat for later in the week.

– Chiefs had just two third down conversions tonight. Only second time in playoff history the Steelers’ defense has held a team to no more than two of those. Record is a win over the Baltimore Ravens in 2002, a 27-10 loss to the Steelers.