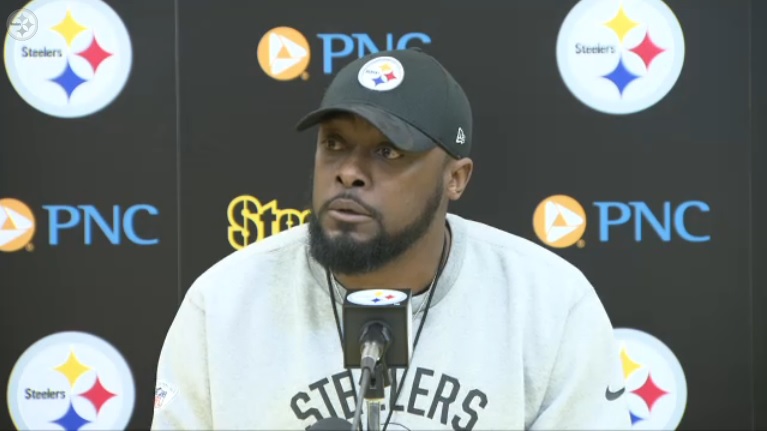 A joke. A pun. Laughing to keep from crying. That’s how I interpret what Mike Tomlin said about his special teams unit at today’s press conference.

“We’ve not been special on special teams,” Tomlin said.

Tomlin attributed some of that to injuries. Not having Darrius Heyward-Bey for part of the year and losing Shamarko Thomas for the entire season. And the present day problems of not having Anthony Chickillo, Robert Golden, and a banged up Vince Williams.

Now, you can add Fitzgerald Toussaint to the injury report with a concussion, stressing the team’s kick return and upback situation.

To the former, the kick return situation, which I’m sure interests many more fans, Tomlin left a possible replacement up in the air. He said Demarcus Ayers or Justin Gilbert could still be viable options for the team.

“They are relative to what we’re looking at. Same thing could’ve been said about Cobi. We’ll see what happens. Stay tuned.”

While Tomlin is giving lip service to the idea, it’s unlikely either player will be a suitable replacement for Toussaint. Sammie Coates is healthy and will remain in his “primary” return man spot with a more blocking type likely settling into Toussaint’s “off man” role, should he not clear protocol.

Hamilton would make the most sense here because he’s a bigger, more physical player, while also getting the nod on kick returns when Coates missed.

Special teams struggled – again – against the Miami Dolphins. Chris Boswell banked an extra point off the upright, they allowed a long kick return, and took another penalty, while the kick return game floundered. On the upside, they did force a fumble on a kick return, though Miami recovered it.

David Todd made a reasonable assessment Sunday. Danny Smith might be fighting for his job against the Chiefs. If this area falters again, there could be a new coach in 2017.