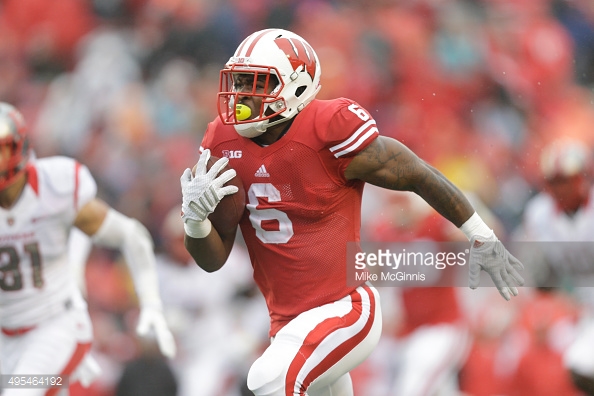 We’re knee deep in Senior Bowl coverage and will spend the next couple days going over a thorough recap of everything we experienced down in Mobile this week. The focus, and rightfully so, was on the outside linebacker spot, and there are several prospects who are going to fit that bill for the Pittsburgh Steelers.

But we’re going to save that conversation for a moment and turn attention to a position of lesser but still important need – running back. There’s little doubt in my mind the team will draft one somewhere in the mid-rounds. Call it somewhere between the third and fifth round. DeAngelo Williams isn’t guaranteed to return, I chalk what Mike Tomlin said as standard lip service, and even if he does, there is no long-term back on this roster outside of Le’Veon Bell.

The group at the Senior Bowl should soothe some of those concerns. I don’t know if any one of them lit things up, especially before today’s game, but no one disappointed in a big way either. From those players alone, the Steelers have plenty of talent to select from.

Kareem Hunt is still my favorite guy even if he came underweight based on where he was listed, 208 compared to 225. Hopefully he was cutting weight a bit to look faster given how tantalizing an extra dose of speed and burst is going to look, especially in practice settings where contact isn’t common. He has the mix of power and elusiveness in space. Also caught 41 passes this year and by reports, did well in pass protection. On one play in team drills, he squared up and pretty much stuffed a DT after the guard whiffed in pass pro.

Corey Clement is my sleeper who, as the term implies, isn’t getting a lot of love. Think he could be a steal. Dealt with injury concerns his junior year and 2016 wasn’t spectacular (4.4 YPC in a smashmouth offense).

He has great feet and shows the ability to jump in and out of the hole. Going to press linebackers and move people with his eyes and hips, creating his own lanes. He’s a vertical runner who is rarely stuffed. Not a major power back but routinely pushes the pile forward. Change of direction is the closest thing to a dominant trait in his game. Protection is solid too. I would love to grab him in the fourth round, right in-line with where NFL Draft Scout currently has him projected.

BYU’s Jamaal Williams is someone I need to take a closer look at but he turned in a couple of nice practices, especially when viewing it on the All-22 tape. Size and strength to run through arm tackles and has some burst to his game.

I’ll be honest that I haven’t watched NC State’s Matt Dayes a lick but from what I’ve been told by friends who have, he’s a quintessential third down back. Stocky build at 5’9 208 who can anchor in pass protection.

Throw that into the pile of underclassmen and you have a great group to pick from. Pittsburgh should have no problem finding the backup of the future, even if they wait until Day Three.