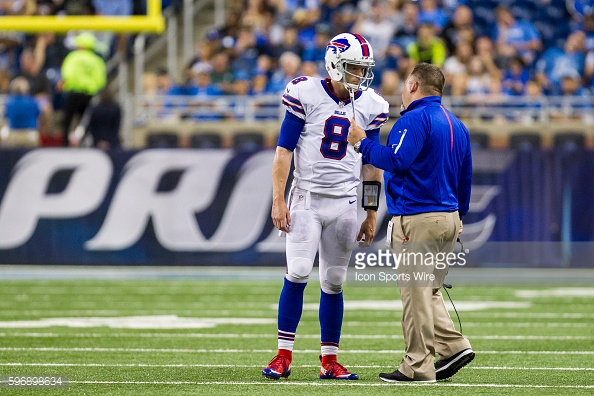 It’s early in the offseason for most of the AFC North—that is, every but the Pittsburgh Steelers, of course, who are making preparations to face the Chiefs in the Divisional Round of the playoffs—but there has already been a flurry of activity within the division on the coaching front.

While the Cleveland Browns avowed their support of their new hierarchy in the front office and coaching staff, on the top of the food chain, the rest of that chain was not safe, as they parted with their defensive coordinator and five assistant coaches, and also lost another coach seeking a higher position in the college ranks.

Also recently, the Cincinnati Bengals denied the Redskins the opportunity to interview defensive coordinator Paul Guenther for the same job opening in Washington. Guenther previously worked with Washington’s head coach while he was on the Bengals’ staff just a few years ago.

Now the Baltimore Ravens are making moves—or having moves made for them. yesterday, they made official the hiring of Greg Roman, who has worked with the 49ers and the Bills in recent years on their running game. The Ravens are bringing him in officially as the tight ends coach, but also with the title of ‘senior offensive assistant’, with a focus on improving the team’s running game, which dipped in performance in recent years.

Also on the move yesterday was Ravens defensive backs coach Leslie Frazier, who was hired by the Bills—where Roman just came from—to serve as their defensive coordinator after Buffalo gutted much of their coaching staff, including the Ryan brothers. Frazier was previously head coach of the Vikings.

The Ravens’ website is also reporting that that they will be losing their offensive line coach, Juan Castillo, who will be joining Frazier in Buffalo. So, they gain one Buffalo coach and are losing two to the Bills. Castillo will serve as offensive line coach in addition to run-game coordinator for the NFL’s leading rushing attack in 2016.

The Ravens also relieved themselves earlier in the offseason of an assistant offensive line coach, so there has been a lot of movement within their coaching staff in a fairly short period of time, which has not been common for a typical stable organization. However, they have missed the playoffs two years in a row now, posting non-winning seasons, and fired their offensive coordinator midseason.

For some reason, Baltimore has both a “Secondary Coach” and a “Defensive Backs Coach”, so the latter coach, Chris Hewitt, may ascend into a bigger role this year. However, the Ravens are now dealing with several vacancies on their coaching staff that will need to be filled, which is less than ideal.