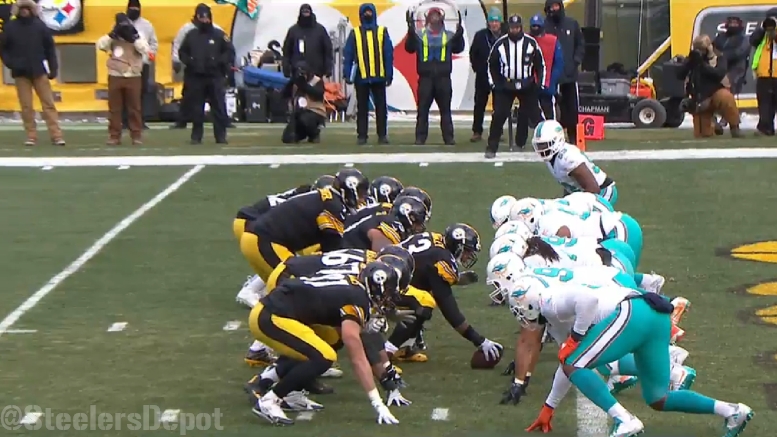 As much as the 2016 season has been a marathon of tales of highs and lows for the Pittsburgh Steelers, perhaps the best story of all—and the one that flows through everything that has happened with the team this year—has been the development of the offensive line into arguably the best in the NFL, and certainly the best remaining in the playoffs.

Particularly effusive in its praise of the Steelers’ line in the wake of Sunday’s game has been the much-beloved Pro Football Focus group, who listed their line as the third-best in the league by the end of the regular season, behind only the Titans and the Cowboys.

A week later, Sam Monson—the author of the aforementioned article—went even further, taking to Twitter to state his opinion that their line “as it’s playing right now may have the league’s best offensive line. As in better than Tennessee, Dallas. No weaknesses”.

It’s certainly high praise to be spoken of as the best in the league, and, frankly, I find it hard to argue. Monson was quick to point out that one of the great catalysts of this ascendance has been the development of second-year left tackle Alejandro Villanueva.

Monson said below his previous Tweet about the entire line that Villanueva “has become a Top-10 tackle over the last eight weeks. I can’t think of a mid-season switch like that for a lineman recently”. And, honestly, the first example that comes to my mind is Kelvin Beachum during the 2014 season.

There was quite a bit of discussion around this time last year and in the following months about what the Steelers should do in free agency. Beachum was developing into a top tackle in his own right, but was seen as physically limited.

When he suffered a torn ACL five or six games into the season, they thrust Villanueva into the starting lineup, and I don’t think I need to remind you how raw he still was at that point. He improved over the course of the season, and many were supporting him as the future of the position.

In the early stages of the 2016 season, however, it looked as though he had regressed some. He wasn’t doing particularly well. But he has been far better of late, and has served as a quality bookmark for what is arguably, player for player, the strongest and most consistent offensive line in the entire league.

If the Steelers are going to be able to make it all the way to Houston and come out of there with a trophy in their hands, I think it’s going to be primarily because of the work that these five men—Villanueva, the still very underrated Ramon Foster, Maurkice Pouncey, David DeCastro, and the also underrated Marcus Gilbert.

And let’s not leave out, for that matter, the depth, B.J. Finney, and especially Chris Hubbard, who continues to play as a sixth lineman. To some, they take praise from PFF like it’s an insult, but in this case, it is well, well-deserved.