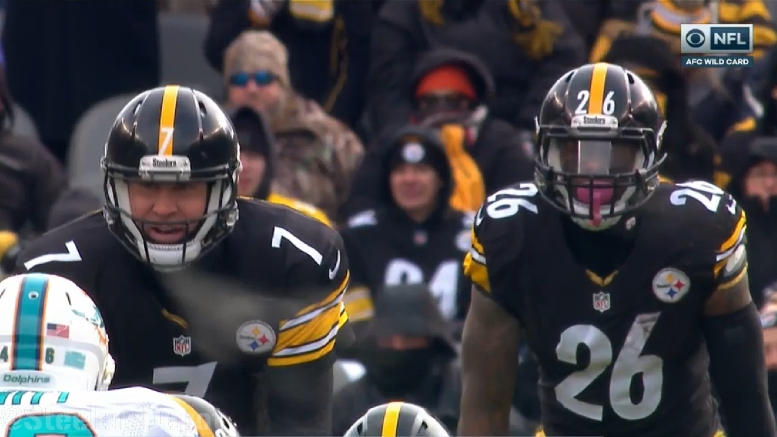 When Le’Veon Bell makes the field today against the New England Patriots, he is virtually assured of making history for the Pittsburgh Steelers franchise, because he is almost there already. But he actually has a shot at a few records within the team’s vaunted postseason history, all of which can be realistically accomplished today.

The first and easiest to take care of is to finish off Hall of Fame running back Franco Harris’ franchise record for the most rushing yards in a single postseason. He rushed for 343 yards in three games during the Steelers’ 1974 season, capping things off with 158 yards in their first Super Bowl victory—a mark that Bell has already broken, twice.

Next on deck is another record of Harris’, which he actually set during the following year. Over the course of the 1975 postseason, he continued his dominating play and totaled 398 yards from scrimmage en route to yet another Super Bowl victory. That season included 84 yards through the air in addition to 314 rushing yards.

Bell is currently at 340 total yards from scrimmage through two games, so in order to break Harris’ mark for the most yards from scrimmage in a single postseason, he will need just 59 yards to set the new franchise record. And frankly, there is not a very good chance that he is held to below that mark, barring an injury.

There is another franchise record that is in his sights, though it is a bit far out there, and not one that would normally be fit for a pre-game prediction. But given what he has done over the course of the first two games, one simple cannot put it past Bell to break the franchise record for the most yards from scrimmage set in a single postseason game—a mark set just last year by Martavis Bryant.

Considering the fact that he already had 174 yards from scrimmage in his first playoff game—and then rushed for 170 yards while actually losing yards on two receptions the following week—and considering how much an aberration it has been to consider his non-involvement in the passing game, you have to view his breaking the record as a realistic possibility.

Bell already has five games under his belt in which he gained at least 200 yards from scrimmage, with two of them coming this season. In fact, he nearly had 300 yards the last time. If he gets back to being involved in the passing game and making effective catches, then his chances of breaking the record might well be pretty good.