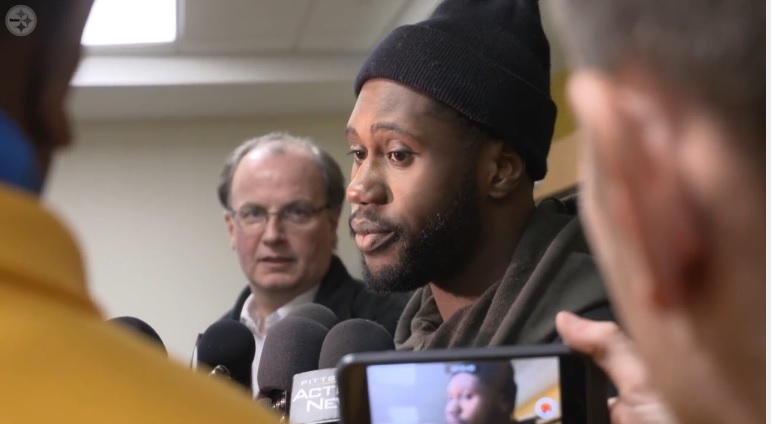 Darrius Heyward-Bey has earned the reputation as one of the Pittsburgh Steelers’ leaders, well-respected and rarely outworked. His career transformed from one bound for fame, a top ten draft pick, to someone who has to consistently do the little, often unnoticed things, to earn his keep. And he’s done it well.

That was on display in Sunday’s win over the Cleveland Browns. And you can thank Heyward-Bey for that, keeping the game a 14-7 score with his trek across the field, forcing a fumble on Briean Boddy-Calhoun’s interception that gave the ball back to Pittsburgh.

For him, it was just the play he knew he had to try and make.

“We threw the pick,” Heyward-Bey told reporters via Steelers.com. “And I understood that if they score this touchdown, they’re going to go up 21-7. And we can’t have that. And I just looked at the pylon and ran as fast as I could.”

That “fast” is the fastest on the team, a high achievement for a group chock full of speed. DHB estimates he ran approximately 80 yards in total to reach Boddy-Calhoun before knocking the ball out of his hand. He went for the tackle but when he saw how casually the rookie corner has holding the football, he knew there was a chance to make an impact play.

“Defenders never hold the ball well or that often. So when I saw the ball slip out, I just kinda threw a little punch at it.”

As soon as he popped the ball loose, he knew it was Steelers’ football, and DHB gave credit to Landry Jones for jumping on the football.

It kept things a one-score game and the Steelers fed off that, driving down to tie the game up on the following drive. They’d take the lead one possession later, where Heyward-Bey did his part thanks to a 46 yard snag downfield.

It’s a play not everyone would’ve made. Heck, we saw a week ago, Antonio Brown not even bother to chase down an interception that happened 15 yards away from him. For Heyward-Bey, his past shapes his attitude today.

“Man when you,” he said, taking a long pause after being asked where that hustle comes from.”When you’ve been through what I’ve been through, you just go out there and play football.”

He didn’t specify all that he’s been through but it’s probably what we’ve outlined above. A career that went off the rails pretty quickly, forcing him to adapt to a new role in order to stay in the league. But Heyward-Bey has always taken it seriously, always embraced it, and excelled. For a position filled with divas, DHB goes against that grain.