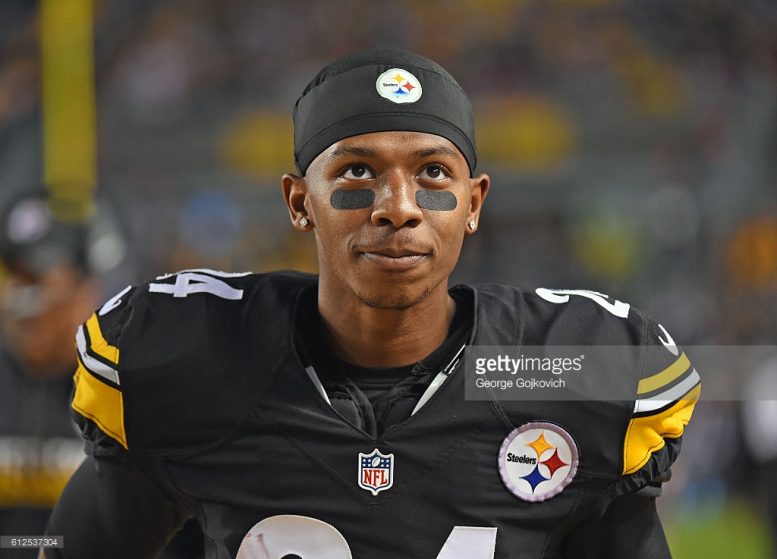 Pittsburgh Steelers cornerback Justin Gilbert might just get a chance to return a few kickoffs against the Kansas City Chiefs in Sunday’s Divisional Round playoff game.

With running back Fitzgerald Toussaint currently still in concussion protocol, Gilbert reportedly said Thursday that he’ll be on the kickoff return team along with wide receiver Sammie Coates should Toussaint ultimately be unable to play against the Chiefs, according to Mike Prisuta of DVE Radio.

CB Justin Gilbert said he'll work K.O.R. if Fitz Toussaint can't play Sunday. "I worked it today, me and Sammie (Coates) back there."

While Gilbert did return three kickoffs earlier in the season for 69 yards with a long of 32 yards, the Steelers have since decided to use Toussaint, Coates and occasionally wide receiver Cobi Hamilton as their deep returners.

As a team, the Steelers averaged 21.5 yards per kickoff return during the regular season and that ranked them in the middle of the league when it comes to that stat.

With freezing rain expected for Sunday’s game in Kansas City against the Chiefs, it’s doubtful we’ll see very many touchbacks on kickoffs during that contest. On the flip-side, let’s hope that the Chiefs aren’t needing to kickoff very much on Sunday.

The Steelers acquired Gilbert via a trade with the Cleveland Browns just prior to the start of the 2016 regular season. The former first-round draft pick has played very few snaps on defense since arriving in Pittsburgh with the bulk of them coming in the Steelers week 4 home win over the Chiefs.

In addition to being occasionally used as a kick returner by the Steelers, Gilbert has also received some playing time on other special team units. During the regular season, he played 112 special team snaps in total.