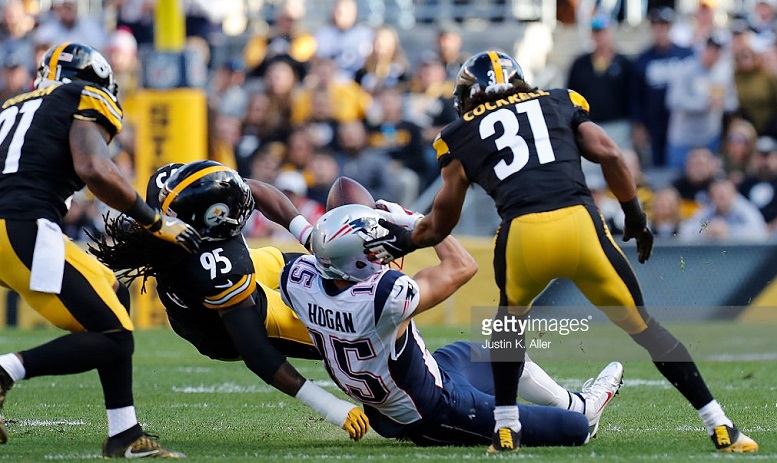 Don’t look now, but the Pittsburgh Steelers are absolutely streaking through the postseason. After emerging victorious in both the Wildcard Round—at home—and then in the Divisional Round on Sunday—out in Kansas City—the Steelers are back in the AFC Championship Game for the first time since the 2010 season, and they have the most impressive winning streak in the league to think for that.

By the time the Steelers and Patriots kick off at 6:40 on Sunday, it will have been more than two months since Pittsburgh has most recently played a football game in which they lost. In fact, by the time they kicked off on Sunday, that had already been true, as the last game in which they did not emerge victorious was held on the 13th of November against the Cowboys.

Including a regular-season schedule in which they ran the table for the final seven games, the Steelers are winners of nine straight games, and are looking to make it 11, right on through the Super Bowl, which could potentially go down as one of the great runs in NFL history—especially considering that they were 4-5 at the start of the streak.

But they are not the only team amongst the final four carrying with them into the postseason a notable winning streak—in fact, all of them are. Every last one of them, from the Patriots, to the Packers, to the Falcons, only two of them representing one of the top two seeds in their conference.

For the Patriots, they joined the Steelers in closing out the regular season having won their final seven games. including their Divisional Round victory, they have won eight consecutive games—as have the Packers, who won their final six regular-season games, and have already advanced through two rounds of the playoffs.

In this regard, the Falcons, owners of an 11-5 record, are the runt of the litter, as they only won their final four games in the regular season, and, having had a bye, are working to extend just a five-game winning streak. Not that there’s anything wrong with that.

As a matter of fact, according to NFL Research, this final four grouping is the first group in the modern era of the NFL, since the 1970 merger, in which all four final teams carried with them a winning streak of at least four games into the postseason.

So, at the end of the season, it is the teams with the hottest hands that are the ones who remain standing. And the Steelers, in terms of winning, have been hotter than any of them. But they will have their hands full trying to stay warm up in Foxboro in a few short days.