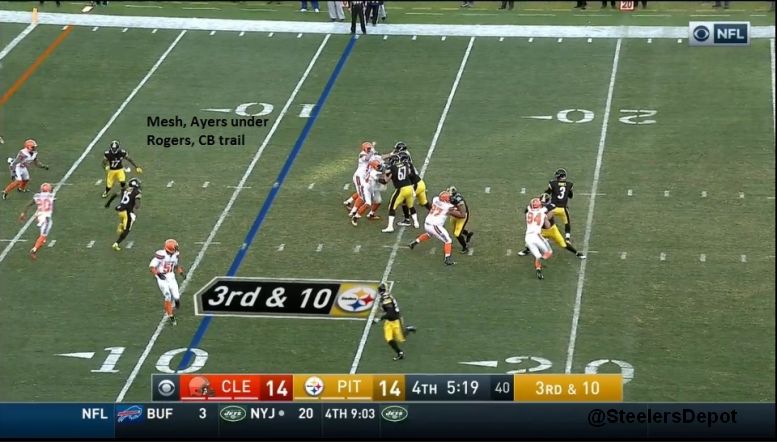 There’s concepts that get added or removed from the playbook during the course of a season. Things you work on, get a good feel for how it’s being executed in practice, and like the way the play fits into your gameplan. That’s what we’ve seen from Todd Haley over the past two weeks, relying on a mesh concept to beat man coverage and get his playmakers in space. Let’s take a look.

We’ll begin with last week’s win over the Baltimore Ravens. With the Steelers needed to jumpstart their offense, they went to this play.

3×1 formation with Antonio Brown the backside X receiver. The X is the target on all these throws.

The mesh is set between he and the #2 receiver, Eli Rogers. A mesh concept are two shallow crossers with one running directly under the other. Often done with a tight end, not a receiver, where the tight end always sets the mesh, the receiver running underneath, so Haley changes things up a little bit here.

The Ravens end up being in zone coverage here, it looks like Cover 6, so there is no “man beater” on this play. Still, it works well, with Brown running underneath Rogers. Rogers’ crosser ends up drawing the Ravens’ flat defender to that side, it should’ve been passed off, leaving Brown wide open in the left flat. 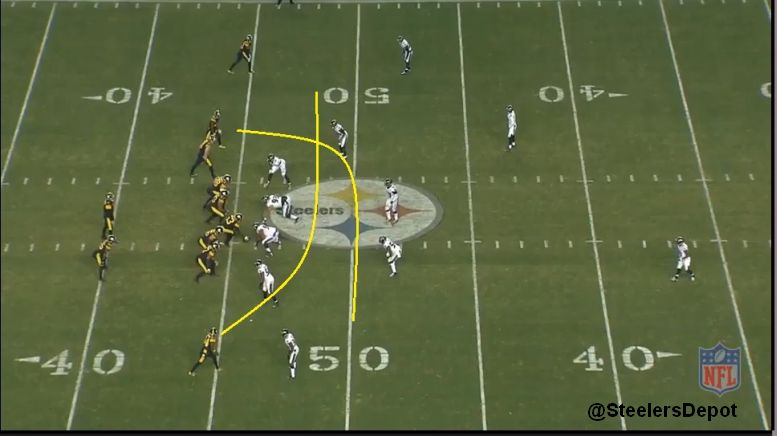 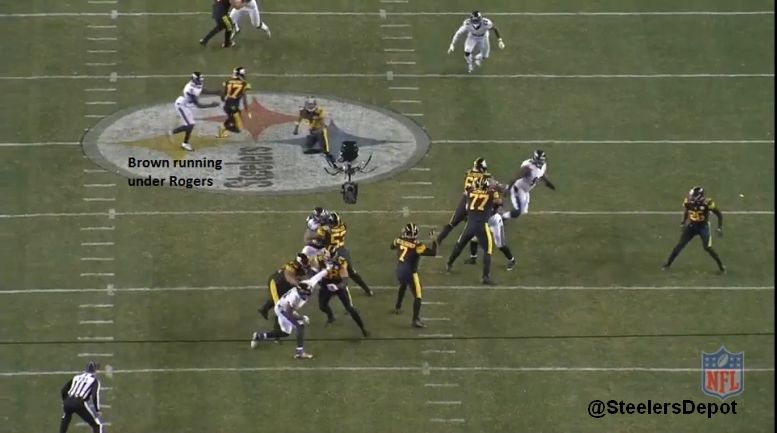 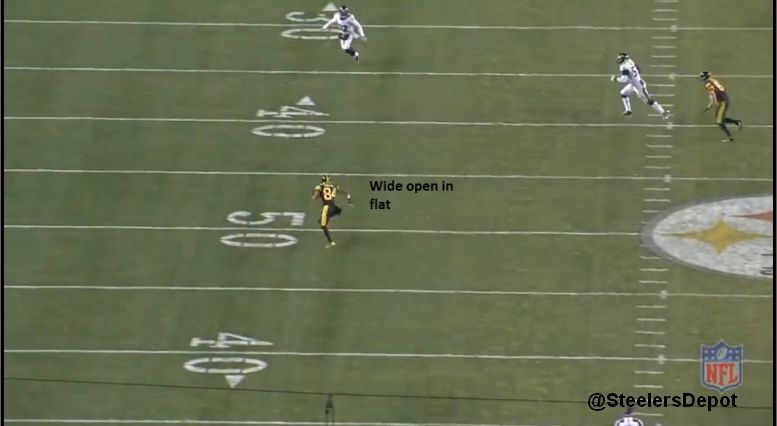 He turns upfield and ends up with a gain of 21. He gets hit on a slant the next play for 26 and the Steelers are in business.

To Sunday. Pittsburgh ran this twice in the fourth quarter to a high degree of success. Demarcus Ayers climbed into Brown’s role as that X receiver.

They ran it on the then go-ahead touchdown late in the fourth quarter. Same exact idea. 3×1, Ayers backside, running under Rogers’ crosser.

This time, it is man coverage. The cornerback on Ayers is in off coverage, chooses to work under the rub, altering his route, and ends up trailing the receivers. Jones puts the ball on the money, Ayers turns upfield, and finds the end zone. 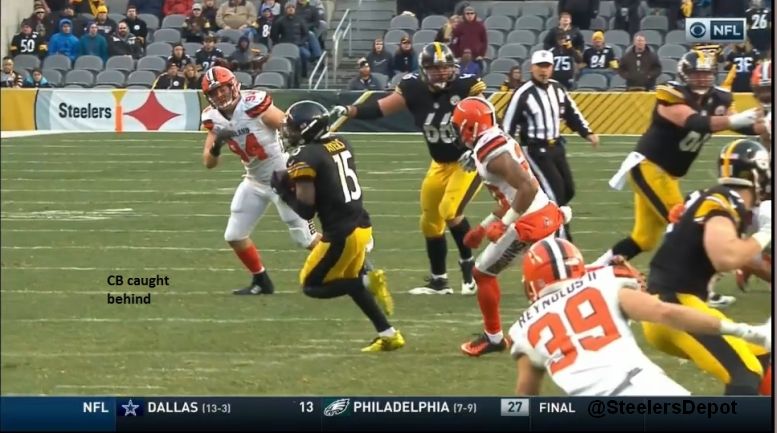 It was the same call on 4th and 2 on the final overtime drive. 3×1, Ayers backside, running under Rogers. The cornerback to Ayers’ side is rolled up this time, but with Ayers able to establish inside leverage, all the corner can do is trail and chase. It’s a man coverage beater. 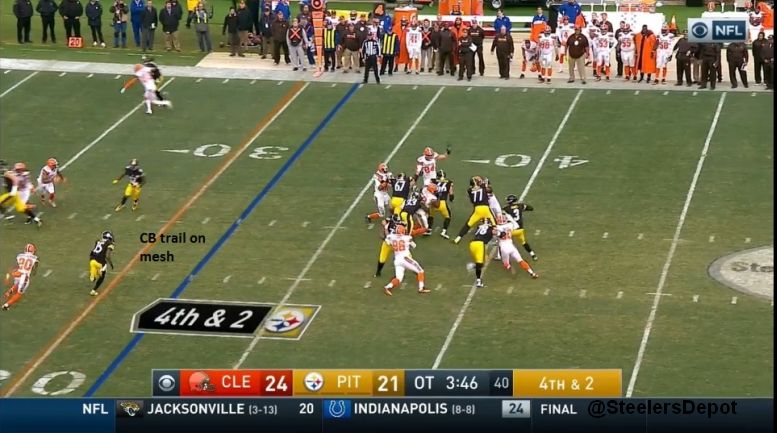 For Pittsburgh, when they gameplan a team, they’ll have a compliment of man and zone beaters to lean on. That’s being a good coach. It’s not creating new plays or a new scheme. It’s having an assortment of concepts that can win against different teams, coverages, styles of play, and focusing on the ones that can work during the week. It’s a gameplan offense, as Bill Belichick operates, and it’s how the most successful teams win.