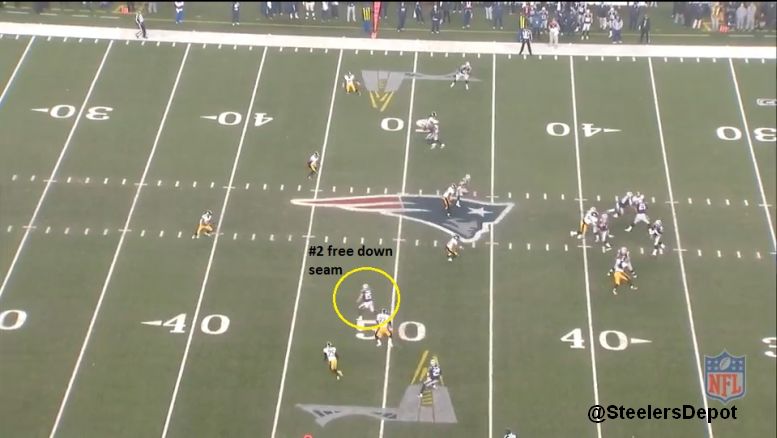 Know we’re trying to move beyond the AFC Championship game. But because I’m sorta the last one to the party to digest this ugly, ugly loss.

There’s been plenty of discussion about the issues in the secondary and there aren’t any terrible suggestions out here. Results speak for themselves. They were chewed up in basically every way imaginable. A lot of the blowback has been on a lack of straight man coverage or lack of press against the New England Patriots.

But Keith Butler’s gameplan, and his defense in general, showed a different, less talked about flaw. The issue of straight spot dropping in zone coverage, allowing Tom Brady to pick the defense apart.

Spot drops are less prevalent in the NFL today because offenses have become so precise and complex. A spot drop is a landmark to hit in zone coverage, an area of the field you’re responsible for. The flats, the hook zone (squeeze curl, drive to flat), deep third, etc, those are examples of spot drops.

It’s given Pittsburgh trouble in the past and was something we hinted at during the week. In Cover 3 against four vertical concepts, or Cover 2 against anything down the seam, they’re vulnerable. And that happened again Sunday.

Brady picked apart the Steelers’ zone concepts, which they began the game with – not man coverage as was implied during the week – horizontally and vertically but our focus is on the latter for a couple of examples.

The first is the aerial, All-22 look of a play we broke down on Monday, a moment that showed Brady had complete control over the Steelers’ defense. At the time, I thought it was Cover 4 but on second look, it’s Cover 3.

The Patriots had made a check to empty to get the Steelers out of their fire zone and putting them in spot dropping zone coverage. Chris Hogan runs down the seam with no one matching him down the seam to the bottom. James Harrison doesn’t carry him, Artie Burns is held by the threat of #1, and Brady zings it downfield for a 20+ yard gain.

Or the touchdown inexplicably given up to a wide open Hogan. Hogan was left wide open for an eternity but it started on a post/wheel concept against Pittsburgh’s two deep look. 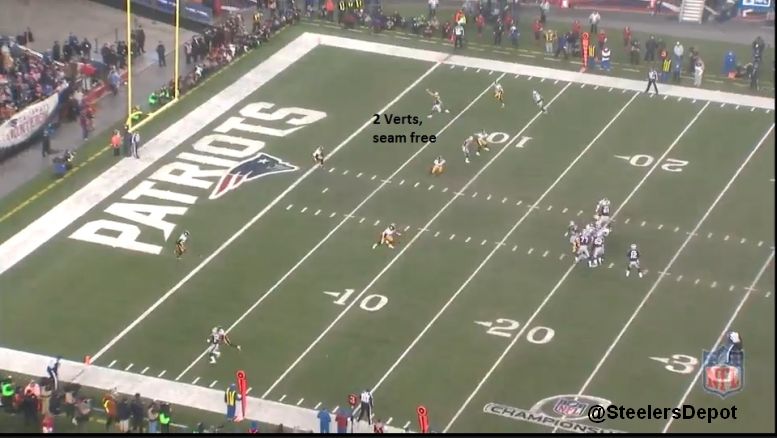 Now, this is a total mess and it’s really hard for me to figure out what went wrong. Guessing Robert Golden dropped the ball somewhere. But again, we see vertical concepts stressing the secondary and here, putting Ross Cockrell in “conflict,” a no-win situation.

Finally, another look at the Steelers trying to defend empty. 3 man rush, three deep, but no one widens to the flat. It leaves fullback James Develin wide open for a 13 yard gain. 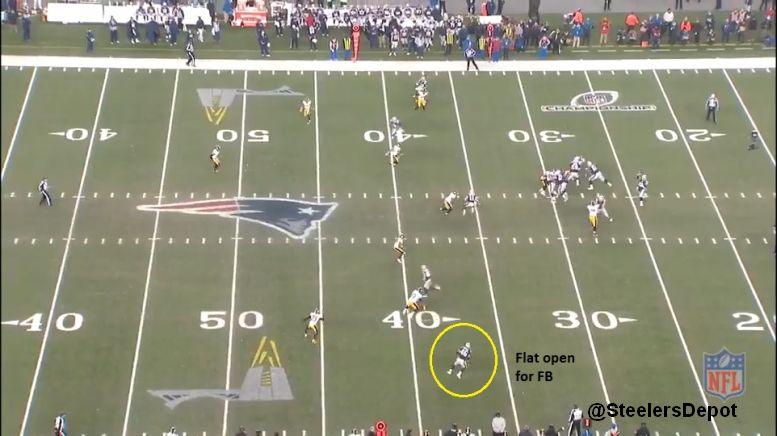 It’s probably James Harrison’s fault for not getting to his landmark, influenced by #2 down the seam and Brady’s eyes.

So we have two issues here.

1. Too much spot dropping, working to landmarks instead of matching receiver’s routes. Pattern matching will allow defenders to carry receivers down the seam, eliminating some of the issues presented in the second clip. Here’s an example from the Steelers’ defense last season.

Watch nickel corner Brandon Boykin, to the bottom, carry the #2 receiver down the seam against 4 verts.

2. Receivers aren’t being re-routed enough in zone drops. Spot dropping is bad enough. But not rerouting and walling off receivers only compounds the problem.

And it’s not just the outside guys. The Steelers played as much Cover 2 as anyone this season, including against the Pats. The bigger issue is with the linebackers not doing a good job of rerouting the slot receivers and tight ends to disrupt the timing by either getting their hands on them or getting depth/width to force the receiver to adjust his route. 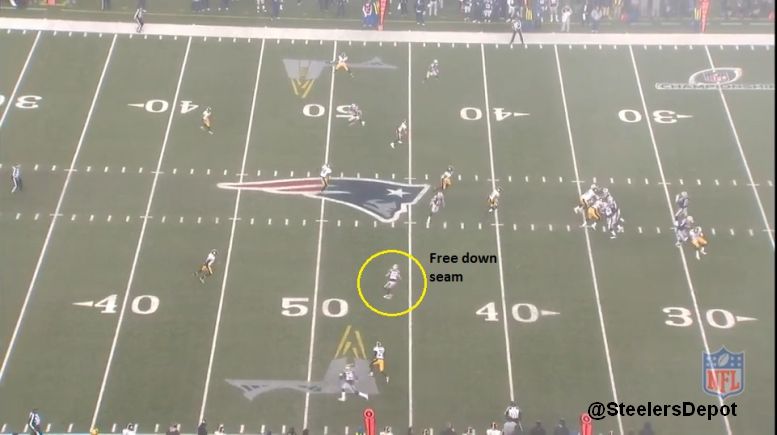 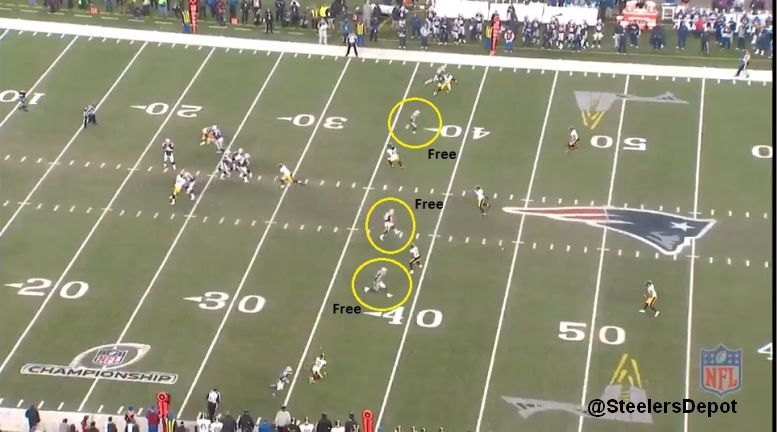 That’s not to say the Steelers never pattern match or don’t wall off interior threats. They have and they do. But it isn’t frequent enough and it’s burned this team too many times. Part of that may because of the youth in the secondary and Butler’s attempt to simplify the scheme in order for his players to play fast and not overthink.

Hopefully in year two, we see an increase in these concepts. Spot dropping might be enough to beat the Matt Moore’s of the world but against the elite QBs, or even the top 7-8 guys, it’s a tough way to win.

These are ideas that lean on what the Steelers’ philosophy is, sorry guys, they’re not going to become a man heavy team, and they don’t need to do that in order to beat a guy like Brady, or any other top quarterback. The Steelers’ defense, much like its current roots, a combination of Keith Butler and Mike Tomlin, requires a blend to make it one that can slow down teams like New England.