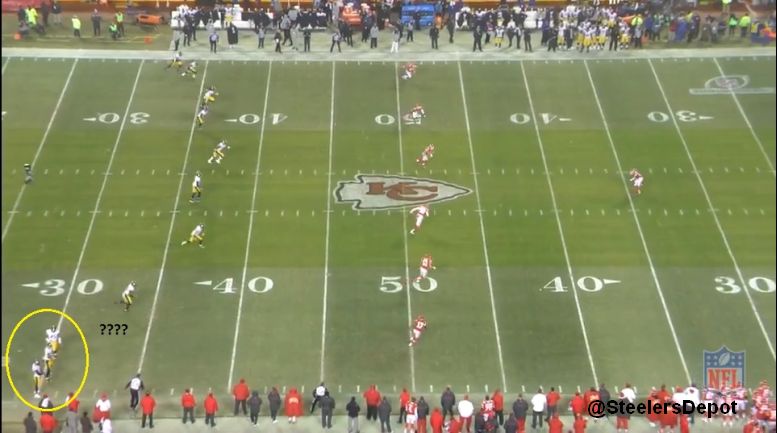 I know you all think I’m a bit of a Danny Smith apologist. So you probably think I’m doing my victory lap with how well special teams performed against the Kansas City Chiefs. And they did well. Mostly.

The caveat comes from the Pittsburgh Steelers first kickoff, the obvious blunder, a failed squib attempt that put the Chiefs on their 45. They would march down the field in five plays and punch it in.

The kickoff failed for multiple reasons, I’m sure Smith will tell you. Not getting a good enough bounce, maybe someone out of their lane, whatever. But one obvious reason is the fact nearly the entire right side of the kicking game had no freaking clue the ball was live.

Posted this screenshot on Twitter as soon as I saw it because it was an “oh no” moment for me. I don’t think I’ve ever seen them screw up so bad.

It isn’t until *here* that the group realizes the ball is in the air and begins to run and cover. Everyone else is already 7-10 yards downfield. 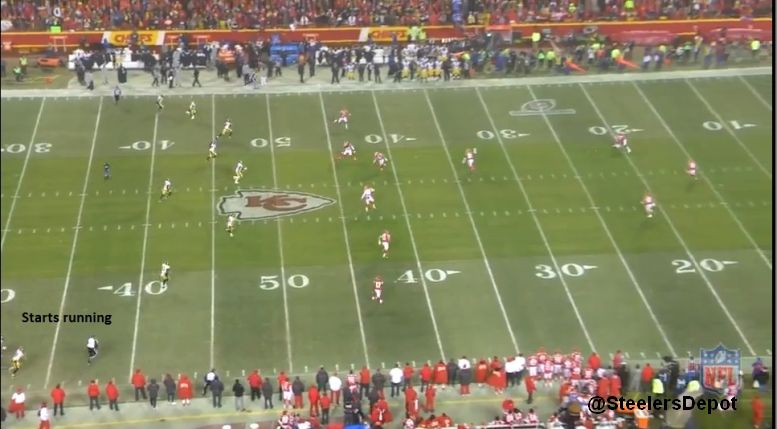 Tight end Demetrius Harris recovers the squib kick and cuts to his left, the Steelers’ right, where at least one of those guys should’ve been. It’s a 25 yard return until DHB is able to fly in and finally end things.

It looks like some miscommunication with the procedure of the kick. The right side begins to pinch to the sideline as Chris Boswell kicks. So either Boswell kicked too early or the trio didn’t know the “cadence” of when the ball was being kicked and shifted too late (or weren’t supposed to at all).

Here’s your whole look at this hot mess.

This will be forgotten because the Steelers won and special teams had an excellent day after this. But the team is lucky Tyreek Hill didn’t manage to field this. Because he may have made a house call. It’s honestly one of the worst coverage blunders I’ve seen in my, admittedly, very short time of watching these sorts of things.