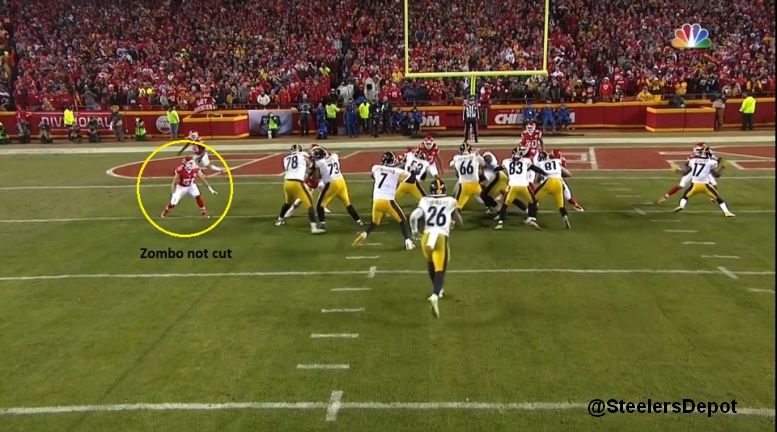 All’s well that ends well, I suppose, but the Pittsburgh Steelers’ red zone offense was less efficient than the layout of the Fort Pitt Bridge. It can be traced back to a lot of issues, poor playcalls and a lack of execution. Ben Roethlisberger was responsible for one of those on a play where most were quick to blame Todd Haley.

Roethlisberger threw a pick to Eric Berry towards the end of the first half, turning the ball back over to the Chiefs following a Steelers’ interception. And it was entirely his fault.

As the broadcast did a good job of explaining, and helping to take the heat off Haley, this was a hot route from Roethlisberger. It was a called run by Haley, a give to Le’Veon Bell, but Roethlisberger saw something else and decided to try to hit Antonio Brown on a backshoulder throw. 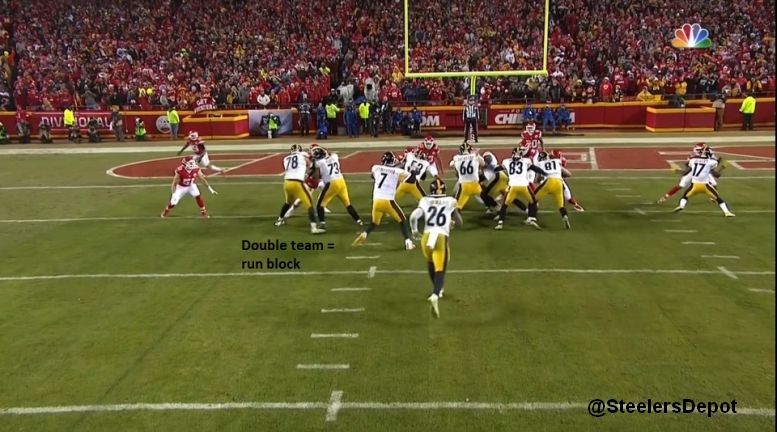 Hard to tell what’s the signal here based off the TV copy. We’re used to seeing Big Ben’s famous facemask grab, but he may have finally abandoned it because of how obvious it’s become. Might be a subtle nod and look  to AB pre-snap and the two have such good chemistry, that’s all that is needed.

Brown looks to fun the fade against the corner. But OLB Frank Zombo reads it the whole way and swats the pass, knocking the ball into the air. Berry does what he does so well, finding the football, laying out, and picking the pass off.

Chris Collinsworth pointed it out on the broadcast but we’ll talk about it once more. If this was a called pass, Alejandro Villanueva would’ve cut Zombo to knock his arms down so he can’t get in the throwing lane. 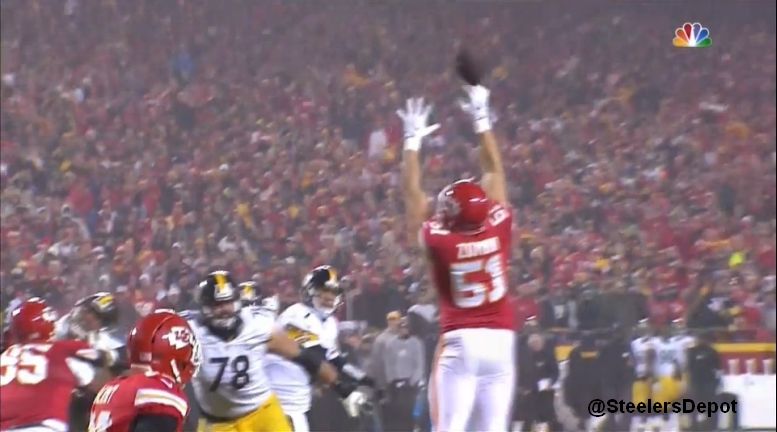 So clear run call with Roethlisberger throwing hot. In hindsight, probably not a great decision and the execution was obviously a disaster. There are things to blame Haley for in this one. But this play? Nah, not one of them. Let your friends around the water cooler know about this one.