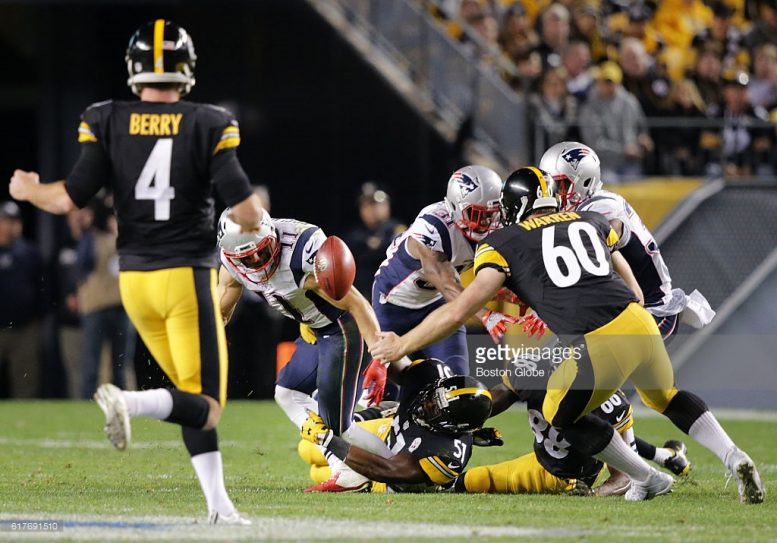 New England Patriots wide receiver Julian Edelman made an interesting remark to a local radio station about the Pittsburgh Steelers after wide receiver Antonio Brown posted his live locker room video following the Steelers Sunday’s night game against the Kansas City Chiefs. On Wednesday, Edelman was asked during his media conference call if he wanted to clarify those comments.

“I think it was taken out of context,” Edelman said. “I’ve got nothing but respect for the Pittsburgh Steelers. They’re an unbelievable franchise. It starts from the top with the Rooney family, Coach Tomlin. I don’t know, I might have said it, but I think more of that, it’s not the way that we would do it here and that just how that goes. There was no maliciousness about it, but it’s whatever. That’s what the media does, try to make stories.”

In case you missed it, here’s what Edelman said about Brown’s video on Monday during an interview on WEEI Radio.

I’m not sure what part of what Edelman said originally, he thinks was taken out of context.

Steelers quarterback Ben Roethlisberger defended the organization and the Rooney family on Wednesday after asked to respond to Edelman’s original comment and later in the afternoon Brown met the media and publicly apologized for his actions as well.

At some point, we’ll probably be able to start focusing on the game a little bit more and I bet both teams are already tired of satisfying their media commitments.